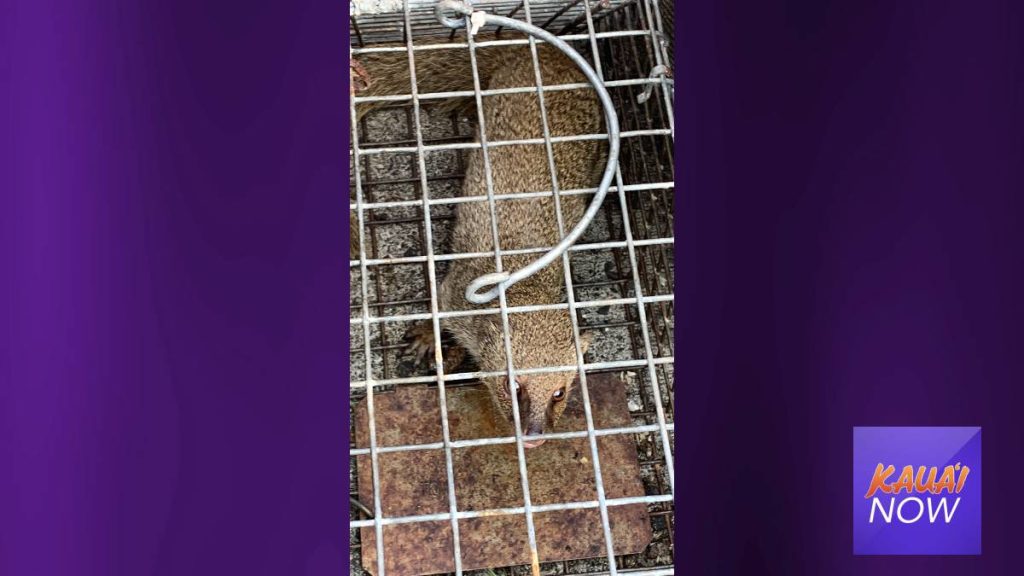 A live mongoose was caught on Kauaʻi Tuesday morning at Nawiliwili Harbor. Mongooses are not established on Kauaʻi and efforts are ongoing to prevent the animals from becoming established on the island.

HDOA staff teamed with the Hawaiʻi Department of Health – Vector Control Branch and set 15 traps at the harbor. A mongoose was found in one of the traps this morning and is currently being safeguarded by HDOA on Kauaʻi. The traps will remain in the area and monitored until further notice.

There have been previous sightings of mongooses on Kauaʻi and in 2016, a mongoose was trapped in the cargo area at Līhuʻe Airport. In 2012, two mongooses were trapped in separate incidences – one at Nawiliwili Harbor and another near a resort in Līhuʻe.

Mongooses are established on Oʻahu, Maui, Molokaʻi and Hawaiʻi Island and are a threat to native ground-nesting birds.

Any suspected invasive species should be reported to the state’s toll-free PEST HOTLINE at
808-643-PEST (7378).