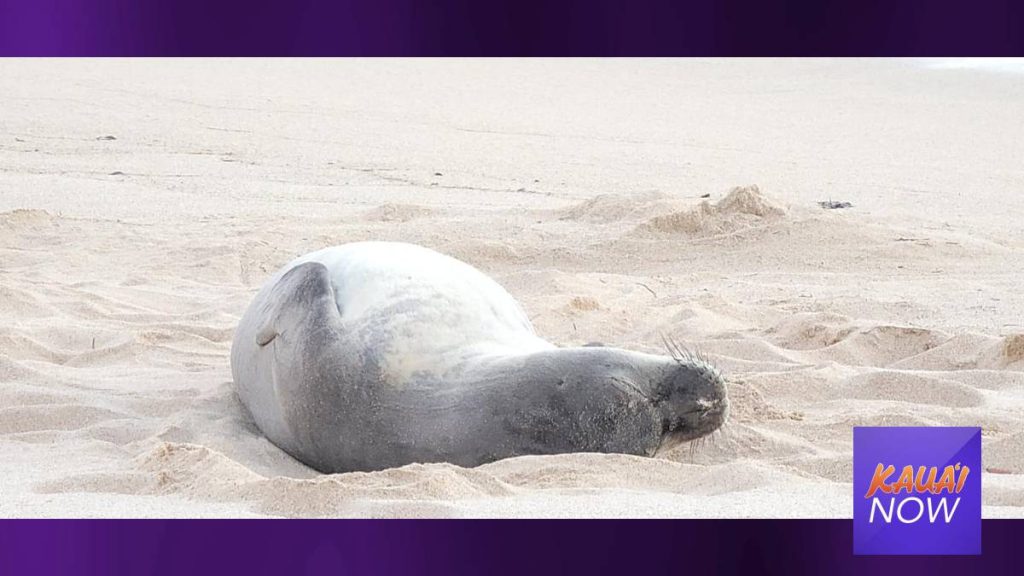 Officials are outraged at the brutal shooting death of a monk seal on Moloka‘i, calling on Tuesday for anybody with information to notify authorities investigating the killing.

“Someone has information whether they know it or not,” said Jason Redulla, chief of the DLNR Division of Conservation and Resources Enforcement. “The fact of the matter is we don’t have a lot of information right now. That’s why were making this plea.”

On Tuesday, Dec. 21, news broke that a monk seal, known as L11, died of an intentional gunshot wound to the head on the south shore of Moloka‘i on Sept. 19. A postmortem analysis determined that the young female suffered severe, lethal trauma from a bullet fragment.

It marks the third conclusive intentional monk seal death on Moloka‘i in 2021, and seventh in the last decade. Two died in April of blunt force trauma to the head. Five others died in 2021, but the cause of death cannot be determined.

NOAA’s Office of Law Enforcement and the Department of Lands and Natural Resources Division of Conservation and Resources Enforcement (DOCARE) are investigating. Killing a monk seal is punishable under state and federal laws. The state lists it as a Class C felony, punishable up to five years in jail.

Redulla said any information, no matter how insignificant it may seem to the person with it, should be brought forward. Any clue, whether it was a type of vehicle on the south shore of the island on the date in question, can prove to make the difference.

Ingrid Biedron, spokeswoman for NOAA’s Pacific Islands Fisheries Science Center, said the office couldn’t comment on the open investigation, but that people should call the enforcement hotline at 800-853-1964 if they have information.

“We don’t want to speculate on what motivates a person to commit this type of crime,” she said. “We can say that this kind of action is not broadly reflective of the Molokaʻi community and their deep rooted tradition of marine resource stewardship.”

NOAA’s Office of Law Enforcement may issue rewards to individuals who provide information that leads to an arrest, conviction, civil penalty assessment, or forfeiture of property for violation(s) of the laws and regulations NOAA enforces.