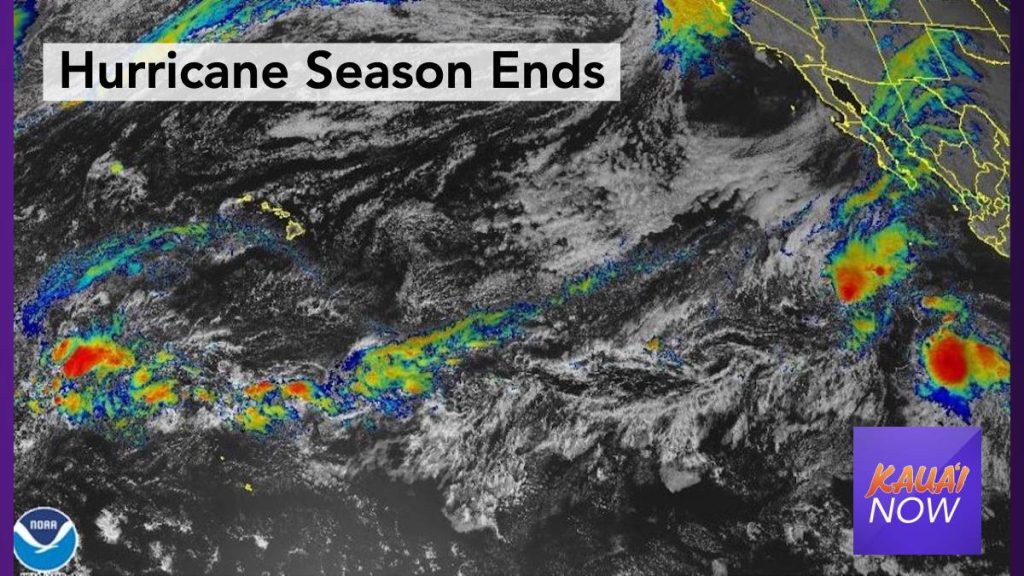 With hurricane season now over, experts report below-average activity for the second year in a row.

The National Oceanic Atmospheric Administrationʻs 2021 hurricane season outlook issued on May 19, 2021, called for two to five tropical cyclones in the Central Pacific basin, with a 45% chance of an average season, a 35% chance of a below-normal season, and a 20% chance of an above-normal season. The 2021 hurricane season ultimately featured three tropical cyclones that moved into the Central Pacific Hurricane Center (CPHC) area of responsibility, which is below the seasonal average, according to a press release from the National Weather Service in Honolulu.

Hurricane season runs from June 1 to Nov. 30. The Central Pacific basin extends from 140°W to the International Date Line north of the equator. Four to five tropical cyclones occur during an average year.

According to NWS, Tropical Depression Felicia was the first tropical cyclone of the season in the Central Pacific, moving into the basin from the east on July 20 and immediately being declared a remnant low.

Tropical Depression Jimena followed a similar pattern, moving in from the east on Aug. 6 and also immediately being declared a remnant low. According to NWS, moisture from the former cyclone moved across the state on Aug. 10-11 and produced brief bursts of heavy rainfall over east Kauaʻi on August 11.

Hikers reported that Kapaʻa Stream rose rapidly at Hoʻopiʻi Falls but there were no reports of flood damage or injuries as a result. Heavy rainfall also affected the southern portion of the Big Island’s Kaʻū District later on the same day but did not produce any significant impacts.

Tropical Storm Linda crossed into the Central Pacific on August 19 and became post-tropical on Aug. 20, then remained a post-tropical low for several days with gale-force winds just north of the center. Linda became a remnant low as it moved through the main Hawaiian Islands on
Aug. 23.

The remnants of post-Tropical Cyclone Linda moved across the state on Aug. 23. The low passed
north of Maui, across Molokaʻi, and just south of Oʻahu during the day, bringing heavy rain and strong winds to portions of the area. Rain spread from east to west on Aug. 22-23 and produced minor flooding on the Big Island, Maui, Molokaʻi, and Oʻahu. There were no reports of significant flooding.

There were also no reports of damage from the winds. Additional information about rainfall totals and wind gusts from the remnants of Linda is available here.

According to NWS, the 2021 season started with ENSO-neutral conditions in the equatorial Pacific that were expected to continue through the summer, with a potential transition to La Niña. Equatorial ocean temperatures steadily cooled during the summer, leading the Climate Prediction Center to declare that La Niña conditions were present in October.