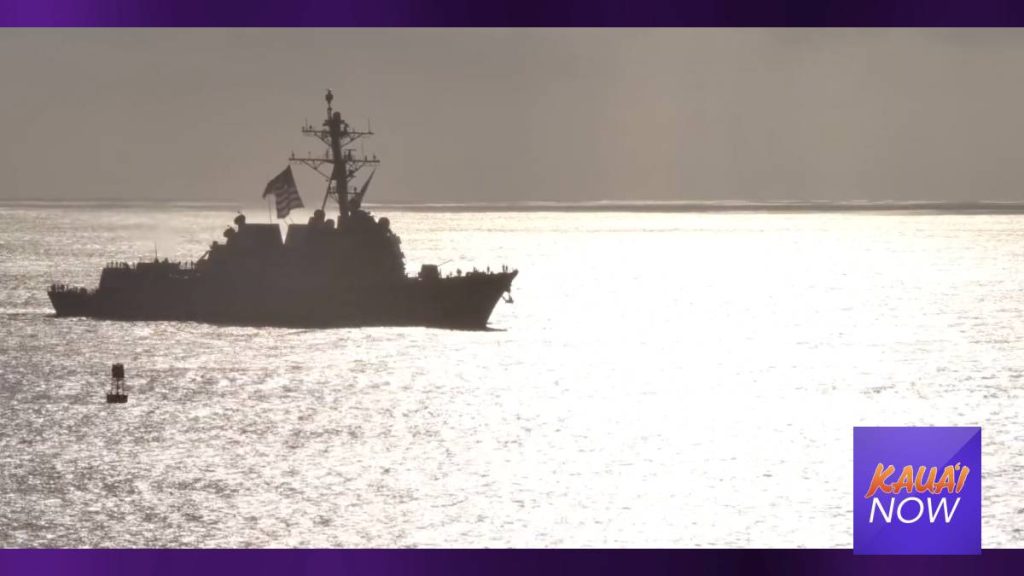 A ceremony was held Wednesday morning as the Future USS Daniel Inouye passed Kaua‘i’s Nawiliwili Harbor for its “Honoring the Islands” tour before making its homeport in Oʻahu at the Joint Base Pearl Harbor Hickam.

Mayor Derek S.K. Kawakami proclaimed Nov. 17, 2021, as Daniel Inouye Day, and recognized the late senator and World War II veteran for his service to the state and sacrifice to the country.

The ceremony was documented in the video above.

The ship will end its tour through the Hawaiian Islands today. It is scheduled to be commissioned on Dec. 8.

Future USS Daniel Inouye to Pass by Hawaiian Islands on its Way to Homeport on Oʻahu
OP-ED: We Can’t All be Heroes, But We Can All Wear Masks
Ship Offers Free In-Person, Virtual Counseling Sessions for Medicare Registration