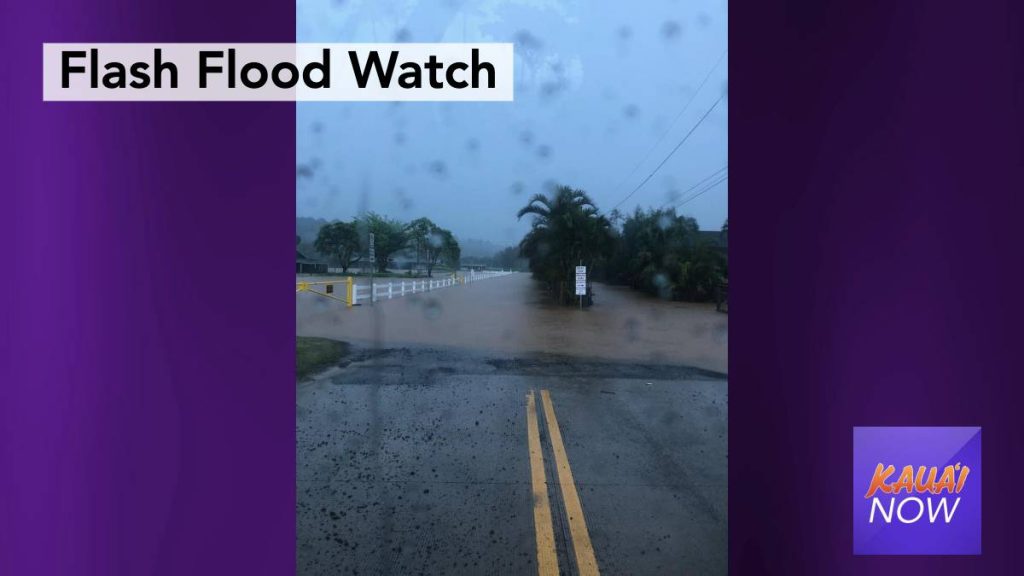 A flood watch is in effect throughout the Hawaiian Islands till later tonight, the National Weather Service reports this morning.

The flood watch is for most parts of the Big Island. Flash flooding caused by excessive rainfall is possible.

Flood-prone roads and other low-lying areas may be closed due to elevated runoff and overflowing streams. Urban areas may receive more significant flooding and property damage due to rapid runoff.

Additionally, a cold front and upper-level trough are moving into the western islands. Southerly wind flow over the eastern half of the state will bring up additional tropical moisture. Slow
moving heavy shower bands across the region will elevate the threat of flash flooding.

Residents should monitor later forecasts and be prepared to take action should flash flood warnings be issued.

A flood watch means that conditions are favorable for flash flooding. Flash flooding is life-threatening. Do not cross fast flowing water in your vehicle or on foot.