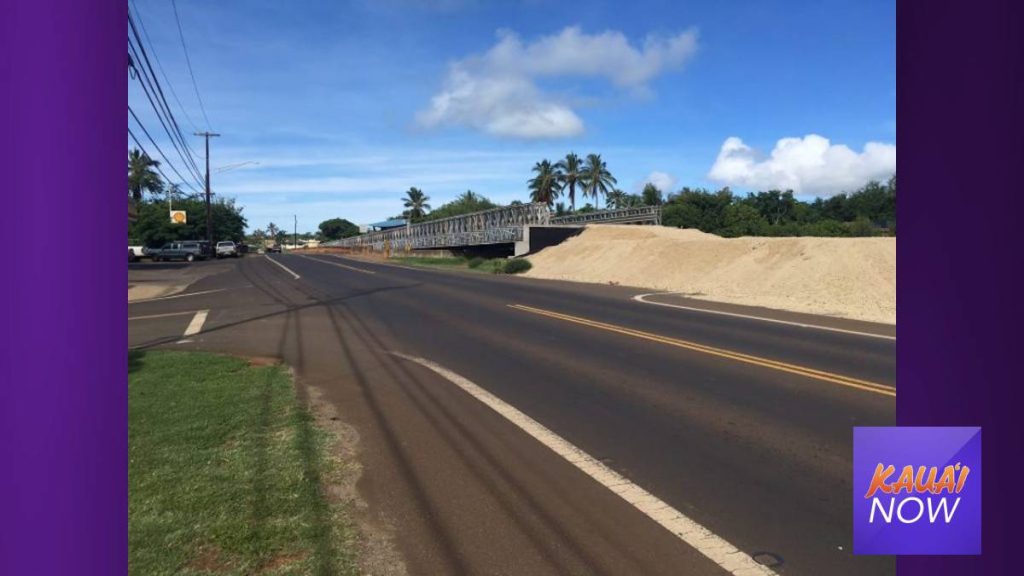 A temporary bridge on Kaumualiʻi Highway (Route 50) will be taken down as traffic is shifted onto the new Hanapēpē River Bridge starting next week.

The new bridge will be open on Monday, Nov. 15, at noon. The construction of the Hanapēpē River Bridge began in October 2018 and involved the replacement of the 83-year-old bridge originally built in 1938.

The Hanapēpē River Bridge Replacement Project was a partnership with the Federal Highway Administration’s (FHWA) Central Federal Lands Division. Total project cost for the replacement was $40 million, 80% of which was provided by federal funding and 20% through state highway funds.

A blessing will be held following the completion of a display at Hanapēpē Park sharing the history of the bridge.