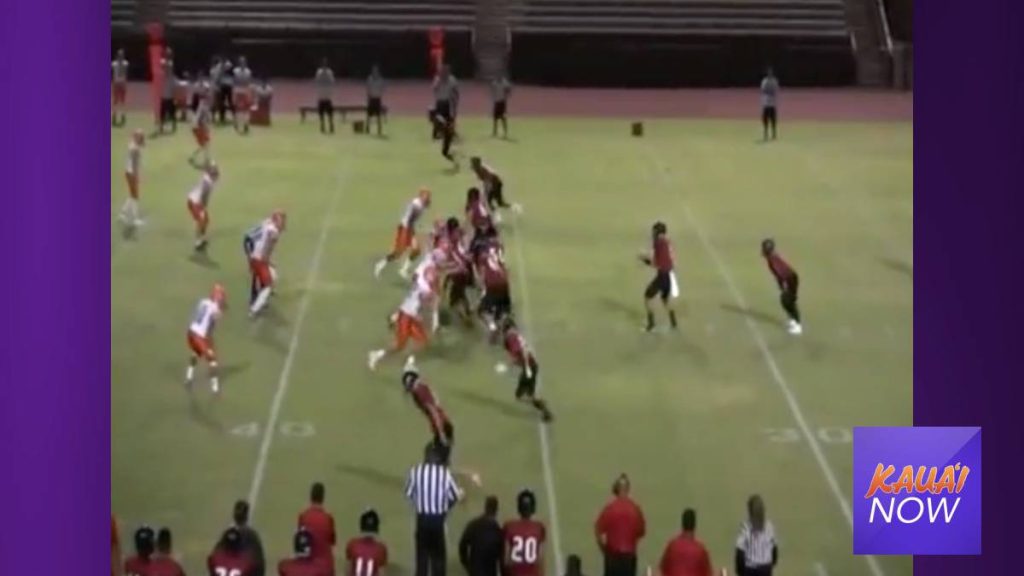 Athletes returned to practice about three weeks ago after games were halted for almost two years due to the COVID-19 pandemic.

“We know athletes, coaches, families and community supporters have been working diligently to prepare in every way required for an exciting high school athletics season,” Zina stated in the video, posted Thursday, Oct. 7.

The excitement for the return of sports has been overshadowed by concerns over COVID-19 protocols to ensure the safety of players, coaches and spectators.

There’s so many overlapping rules and regulations from the state, the DOE and the county,” said Kauaʻi High School Athletic Director Keliʻi Morgado. “Weʻre just consumed by trying to do it right and keep everyone safe. The worst-case scenario would be an outbreak at an event, so we want to prevent that.”

Additionally, athletic directors at Kauaʻi schools expected an influx of kids returning to teams after nearly two years of no sports. However, that has not been the case. Morgado said Kauaʻi High doesn’t have enough players to fill a JV football team.

“Itʻs a little shocking,” Morgado said. “We thought there was going to be a big rush (to return to sports) but it didn’t pan out that way. Athletics is very structured and they’ve had no structure for over a year.”

Morgado hopes the return of the fall sporting season is another step closer toward normalcy.

“We hope families come to games, enjoy watching our kids compete,” he said.

Kapaʻa High School Athletic Director Greg Gonsales told Kauaʻi Now News this week marks the third week back in practice for fall sports. He said he thinks all high schools on the Garden Island have faced a similar declining trend in returning athletes.

For some reason, we had a year off of sports and kids have found other interests,” Gonsales said. “The ones (athletes) who have come out have been excited, but there’s a downturn.”

Gonsales also attributes the lack of turnout to the vaccine mandate issued by the HIDOE in August, which requires student-athletes to be fully vaccinated to play their sport or comply with a weekly testing program.

Gonsales said either the mandate has to change or theyʻre going to have to get back into the regular cycle in sports for interest to come back. Currently 80% of Kapaʻa High athletes are vaccinated, with 20% receiving medical or religious exemptions and testing twice a week.

Aside from football, high schools on Kauaʻi will compete in cross country, volleyball, air rifling and bowling. Gonsales believes football will end around New Yearʻs Day.

“There are plans in place for state tournaments in two months’ time,” Gonsales added.

“Everyone must wear a mask except while eating or drinking,” Zina said.” All events will have limited capacity for spectators. You will need to sit with your ʻohana group and physically distance from others.”

Student-athletes will be required to wear a mask if their sporting event takes place indoors.

Zina believes the Kauaʻi community can comply with protocols for athletes and for each other.

“We have all learned throughout the pandemic that working together is the best way to move forward,” Zina stated. “Our priorities are health and safety, reaching all of our students and having a positive impact on our families.”