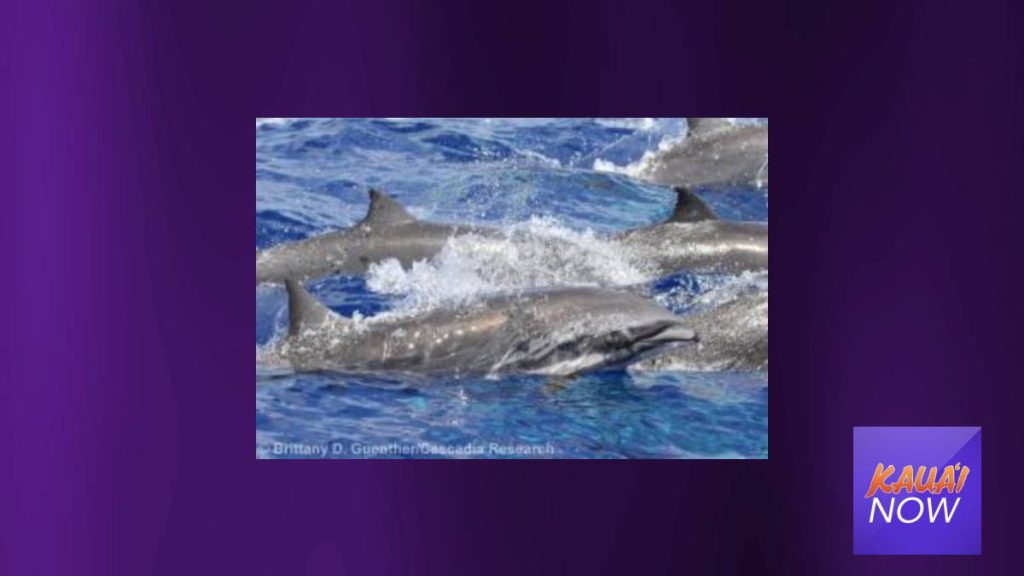 Beginning next month, swimming with spinner dolphins in Hawai´i will become a thing of the past.

The National Oceanic Atmospheric Administration, or NOAA, finalized a rule Tuesday, Sept. 28, 2021, under the Marine Marine Mammal Protection Act that prohibits swimming with, approaching, or remaining within 50 yards of a Hawaiian spinner dolphin. It goes into effect on Oct. 28, 2021.

The rule applies to any vessel, person, or object (including all boats, canoes, stand-up paddleboards, drones, or any other means) that is within two nautical miles from shore in the main Hawaiian Islands and in designated waters bounded by the islands of Lāna‘i, Maui, and Kahoʻolawe.

The rule also prohibits approach by “interception,” or placing a vessel, person, or other objects in the path of a spinner dolphin so that the dolphin approaches to within a distance of 50 yards.

“This regulation is expected to reduce take of Hawaiian spinner dolphins and the impact of human viewing and interaction on these animals in the main Hawaiian Islands,” the rule states.

Any person who inadvertently comes within 50 yards (45.7 meters) of a Hawaiian spinner dolphin, or is approached by a spinner dolphin, must make no effort to engage or pursue the animal, and take immediate steps to move away.

NOAA intends efforts to further limit interactions with Hawaiian spinner dolphins by designating hours when ocean goers can observe the animals in their daytime habitats.

The organization is promoting time closures that would prohibit entrance into certain ocean areas between 6 am and 3 pm daily. If the rule is passed, Kealakekua, Honaunau, Ho´okena and Makako Bays on the Big Island would be subject to the time restriction, as well as other areas in the Hawaiian Islands.

Since this is a proposed rule, a decision on whether to finalize the rule will not happen until after the public has an opportunity to comment. The public comment period for the proposed time-area closures will be open until Dec. 27, 2021, which is 90 days after publication in the Federal Register.