Officer Nance Recognized as ʻOfficer of the Monthʻ 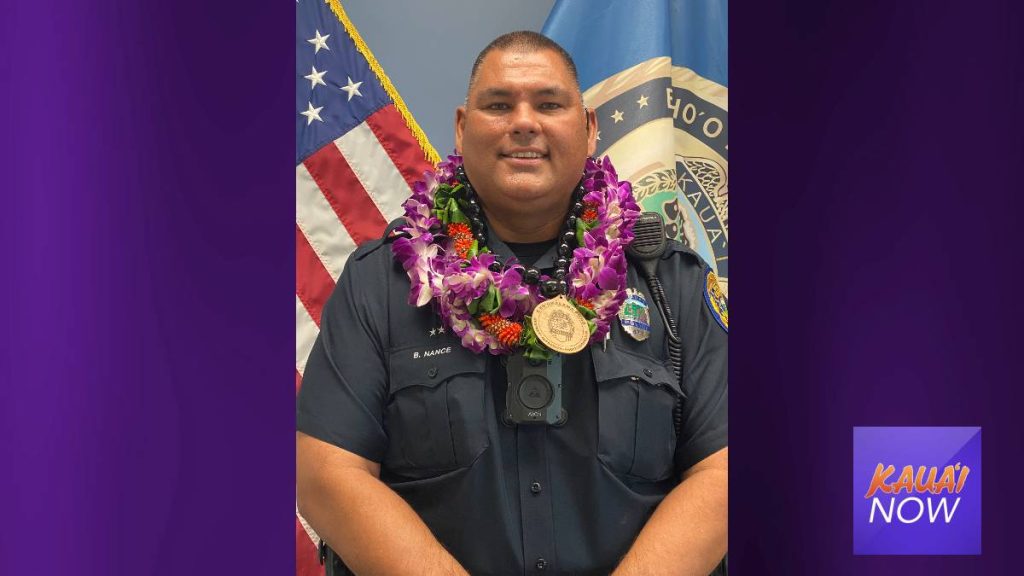 “His motto is ‘One purpose, one goal, one department, working together to make Kauaʿi better,’ and he demonstrates this in many ways, including his excellent communication skills with fellow officers, being a team player and serving as a leader amongst his peers,” said PSB Sergeant Darla Abbatiello. “His commitment to the community and his fellow officers is commendable and I believe that he is truly worthy of receiving this special recognition for his dedication to serve the citizens of Kauaʿi.”

Nance and his recruits are often busy with traffic enforcement, investigation cases and making routine beat checks. Under Nance’s leadership, during the month of July, his recruits issued a combined total of 202 traffic citations, responded to a total of 405 service calls and made a total of 72 arrests, of which included seven felonies.

Moreover, during the same month, Nance, along with his recruits and beat partners, arrested 21 individuals for outstanding bench warrants valued at approximately $1.4 million.

“Prior to being assigned to patrol, Officer Nance served in Vice where I was already well aware of how hard he works,” said Chief of Police Todd G. Raybuck. “It’s not just about the numbers, it’s his attitude and his commitment to the community that’s really admirable. I am grateful for the sacrifices that he’s made, and continues to make, to help our community.”