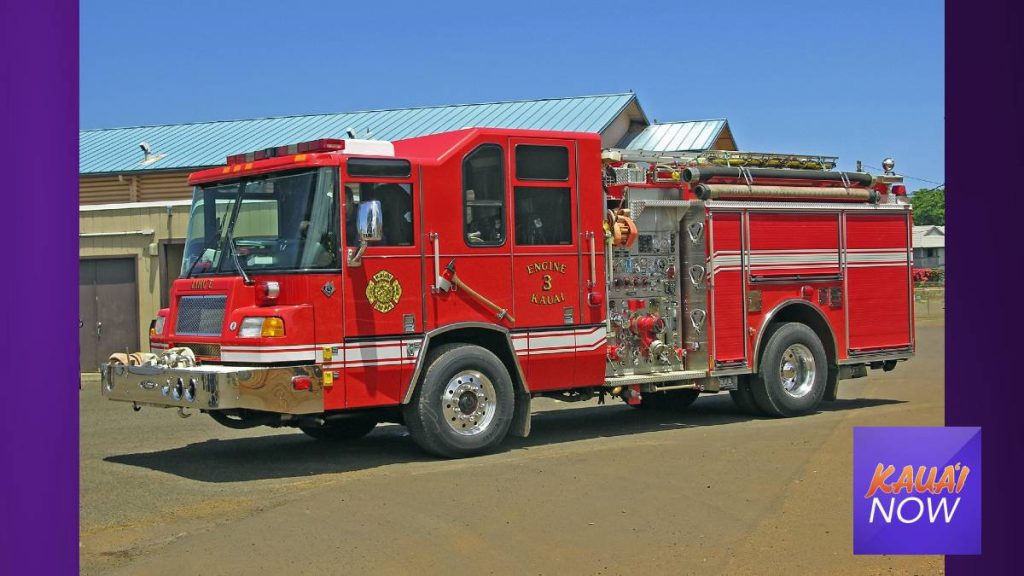 No injuries were reported after a structure in Līhu‘e early Tuesday morning.

At approximately 12:25 a.m., Kauaʻi Fire Department responded to a report of a building fire to a single-story dwelling on Elima Street.

Personnel from the Līhu‘e and Kapa‘a fire stations; Rescue 3, the Fire Prevention Bureau; the on-duty Battalion Chief; and the Kaua‘i Police Department responded to the incident.

According to a preliminary report, upon arrival at approximately 12:30 a.m., fire personnel discovered a single-story home with light smoke. The occupants of the one-story dwelling were not home at the time.

Upon further investigation of the area, fire personnel discovered heavy smoke throughout the home. Firefighters were able to gain entry into the dwelling and extinguished a piece of furniture with 100 gallons of water. Firefighters advanced further into the home and were not able to find other hotspots.

Firefighters cleared the scene at approximately 2:50 a.m. Damages are estimated at $10,000. The cause of the fire remains under investigation.