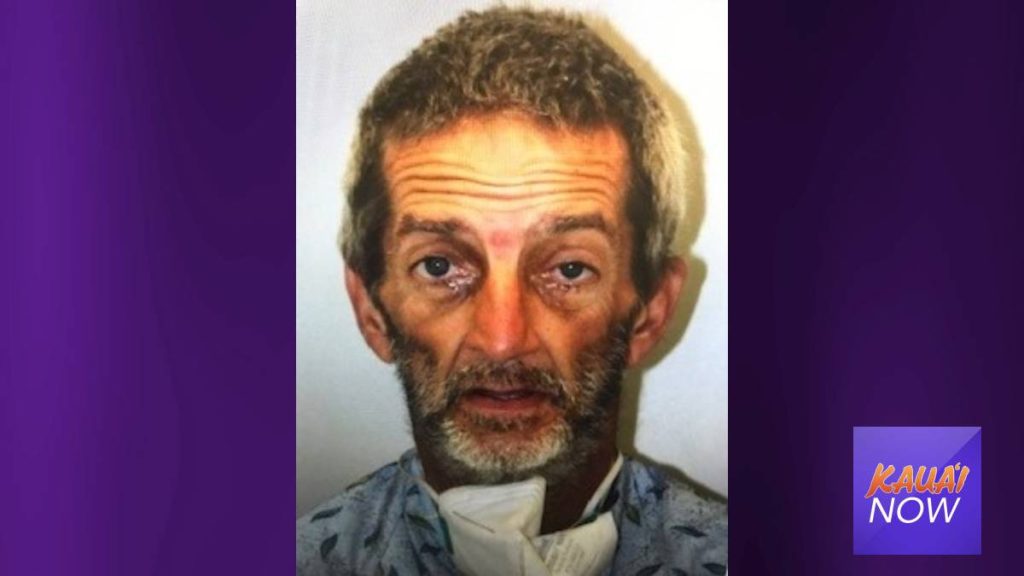 Peter James Rose, 54, of Kapaʿa, was arrested Friday morning after threatening to kill people in a Kapaʿa neighborhood.

Around 8:30 a.m., Kauaʿi Police Department (KPD) Dispatch received several phone calls that Rose was carrying knives in each hand while walking naked along Iiwi, Pelehu and Nunu roads in the vicinity of the Kapaʿa Elementary School.

He was reported to be yelling for people to stay inside their homes or he would start killing them.

Officers arrived on scene shortly thereafter and were able to quickly take Rose into custody without further incident.

Rose was transported to Samuel Mahelona Memorial Hospital for evaluation. He was subsequently transported to KPD Cell Block where he was charged with Terroristic Threatening, Disorderly Conduct and Indecent Exposure. His bail is set at $2,000.

An investigation of the incident remains ongoing. Anyone who witnessed this incident, and has not already spoken to police officers, is asked to call KPD Dispatch at 808-241-1711 and state that you have information on KPD case # 21-11099.