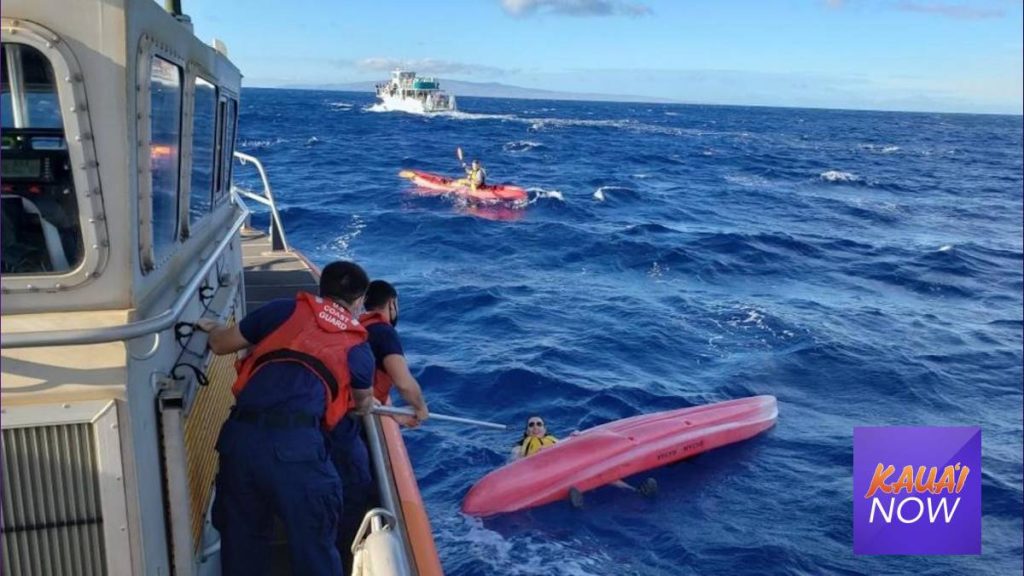 The incident was initially reported at 7:30 a.m. to the Coast Guard station in Maui by crew from the passenger vessel Lani Kai II. According to the report, two kayakers had capsized a half nautical mile off Maʻalaea Harbor.

Station Maui crews immediately deployed to the scene in a 45-foot Response Boat-Medium and located the kayakers who were both wearing life jackets. The kayakers were brought aboard, along with their watercraft, and transported to Maʻalaea Harbor. They are reported to be in stable condition.

“By having on their life jackets, these kayakers were able to safely wait for help to come,” said Ensign Jon Smith, the command duty officer for Sector Honolulu. “Taking the proper precautions while spending time out on the water can make a drastic difference in cases like these.”