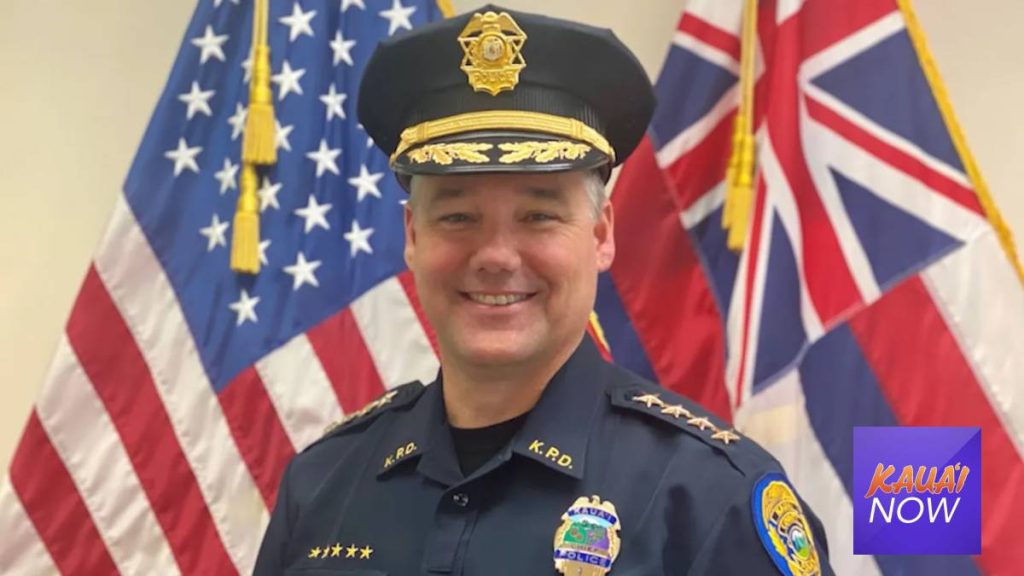 A Kauaʻi police captain is suing the police chief over claims he was denied a promotion because of his race.

According to the lawsuit, filed in District Court on Aug. 27, 2021, Capt. Paul Applegate, who is of Japanese descent, met with Chief Todd Raybuck on July 29, 2020, to discuss the selection process after being denied the assistant chief position over the Administrative and Technical Bureau.

During the meeting, the lawsuit alleges Raybuck mocked the physical appearance of Japanese people to the plaintiff.

“Chief Raybuck proceeded to squint his eyes and repeatedly bow to Plaintiff, stating that he could not trust Japanese people because they do not always tell the truth,” the lawsuit alleges. “He then stated that the western culture ʻtells it like it is,ʻ whereas the Japanese culture says ʻyes, yes, yesʻ to your face even when they think the person’s idea is stupid.”

According to the lawsuit, Applegate filed complaints with the Kauaʻi Police Commission, Kauaʻi County and the Hawaiʻi Civil Rights Commission.

the County of Kauaʿi Department of Human Resources conducted an investigation into comments made by Raybuck during that meeting as well as in the workplace on Nov. 13, 2019. Their investigation concluded the chief did violate the county’s policy against discrimination.

In April, Raybuck was issued a five-day unpaid suspension after violating the county’s policy against discrimination. Aside from the suspension, Raybuck was also required to complete Equal Employment Opportunity (EEO) and Cultural Sensitivity Training.

The countyʻs HR Department also investigated the denial of promotion claim due to race. It was concluded there was no evidence to support the discrimination allegation, adding the promotional selection was, “fair, objective,” and did not violate civil service laws or rules.

Raybuck did issue an apology after the media ran stories regarding the incidents of mocking and discrimination.

Applegate submitted an appeal to the Civil Service Commission of his claims and complaints of racial discrimination and retaliation. On July 28, 2021, the plaintiff received a right to sue letter from the Hawaiʻi Civil Rights Commission and Equal Employment Opportunities Commission.

Aside from Raybuck, the lawsuit names the County of Kauaʻi, Kauaʻi Police Department, Kauaʻi Police Commission as co-defendants. Due to pending litigation, KPD is unable to provide comment.