Public Access to Expand on Kūhiō Highway by Hanalei Hill 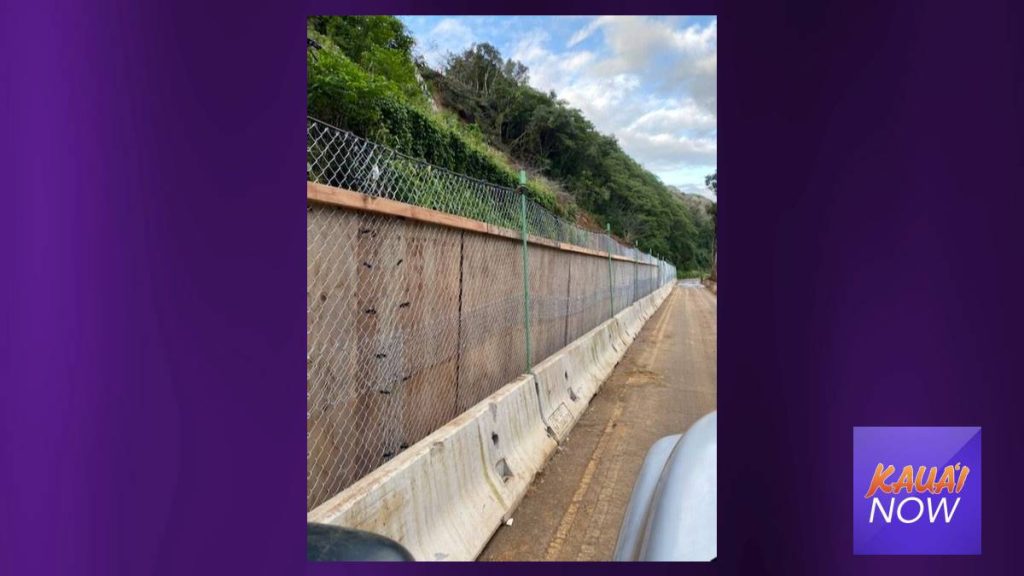 Since March, Route 560 was limited to single-lane access after a landslide covered the roadway. The Hawaiʻi Department of Transportation has spent the past few months working to stabilize the hillside.

The work has consisted of clearing dirt and debris, drilling and grouting more than 500 soil nails into the hillside for greater stability, and performing road resurfacing work below the slope. The final tasks of this phase include concrete and drainage preparations on the 19th-century water tunnel located mid-slope.

“The increase in access marks the wind-down of the emergency phase of construction, which is anticipated to be completed by the end of September or early October, weather permitting,” HDOT stated in a press release Friday.

Monday through Saturday, two lanes will be open, one in each direction, from midnight to 6:59 a.m.

Single lane alternating traffic (guided by pilot vehicle) between 7 a.m. and 5:30 p.m.
Two lanes open (one in each direction) after 5:31 p.m.

On Sunday and state holidays, two lanes, one in each direction, will be open all day.

HDOT will continue to post updates on the Hanalei Hill landslide project here.