Discovery of Gambling Room in Kapaʻa Results in 2 Arrests 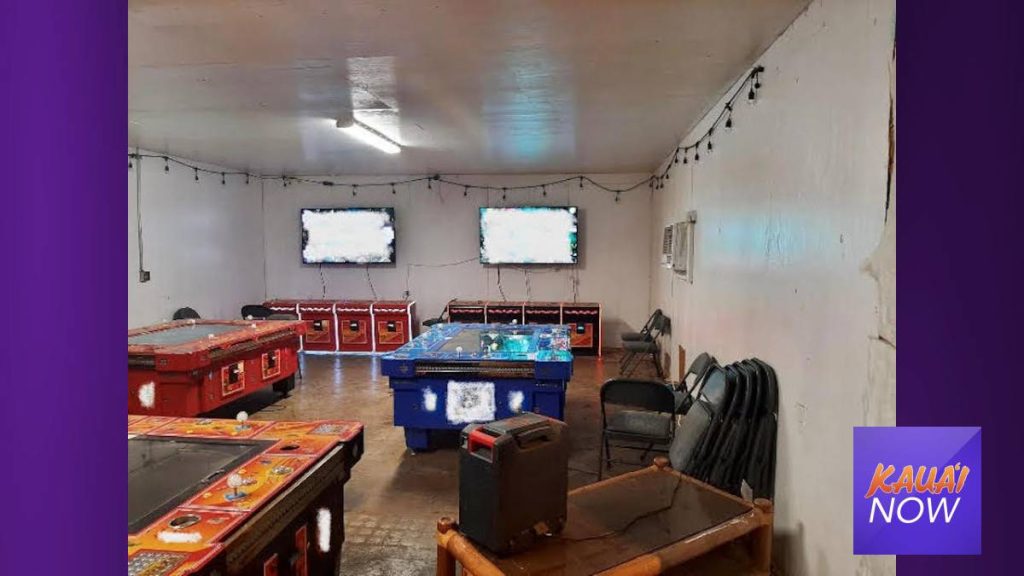 Two Kauaʻi men were arrested after a search warrant executed on an industrial complex in the Kawaihau District led to the discovery of an illegal gambling room.

The police operation was a coordinated effort between Kauaʻi Police and the US Marshals Service. Warrants were executed Thursday, Aug. 19. Officers seized approximately a dozen gambling machines, a pickup truck, and an undisclosed amount of cash during the raid on Kuahale Street.

On Friday, as part of the ongoing investigation, a second pickup truck was located and seized. Search warrants were subsequently executed on both vehicles and, as a result, a handgun, ammunition and methamphetamine were recovered.

“Prior to and during the pandemic, illegal game rooms have become more prevalent across the state. Oftentimes, these places coincide with other illegal activities, such as the distribution of dangerous drugs and the sale of unregistered firearms. What’s more, they have also been tied to violent crimes,” said ISB Assistant Chief Bryson Ponce. “We are committed to shutting down any illegal operation in our community and I’m grateful to our officers, as well as those who partnered with us on this investigation because our eastside community is now safer due to everyone’s diligent efforts.”

Taulung was charged with second-degree promotion of gambling and was released pending investigation.

Koli is currently in police custody on charges of second-degree assault, two counts of ownership prohibited, two counts of place to keep and one count of third-degree promotion of a dangerous drug.

Any property, such as a residence, commercial property, vehicle, cash, boat or any other item used to house, facilitate, or advance criminal activity, is subject to Asset Forfeiture Proceedings.

All forms of gambling are illegal in Hawaiʿi and the public may report any suspicious activity to KPD Dispatch at 808-241-1711. Those who wish to remain anonymous may report a tip to Crime Stoppers Kauaʿi at http://www.cskauai.org.