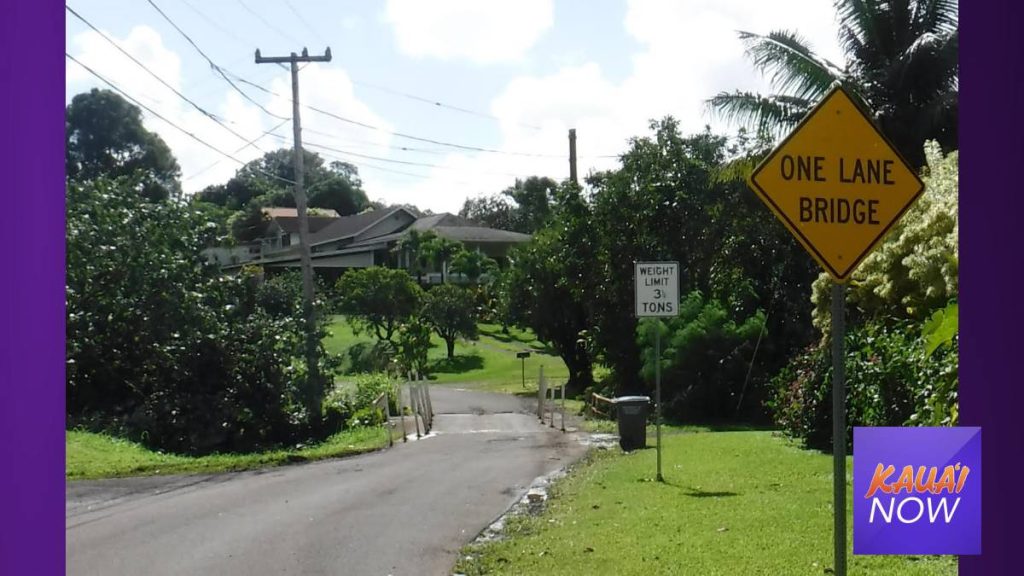 Puhi Ditch Bridge in Kapahi is closed until further notice to all vehicular traffic due to safety concerns.

“We thank the public for your patience as we close this bridge until further notice to avoid any potential collapse that could occur if continued to be used,” said Acting County Engineer Troy Tanigawa. “Yesterday, an inspection was conducted by the County’s consultant structural engineer who recommended immediate closure.”

Temporary signage will be installed this afternoon at the bridge.

All traffic in the upper Kapahi area will be directed to Kahuna Road. It should be noted that Akulikuli Bridge #2 on Kahuna Road has a load limit of 3.5 tons.

Puhi Ditch Bridge is located on Kawaihau Road just south of the intersection with Waiakea Road in Kapahi. The load rating for Puhi Ditch Bridge was downgraded to limit traffic to 3.5 tons in September 2020.

For questions and comments, contact Donald Fujimoto at 808-241-4882 or send an email to dfujimoto@kauai.gov.