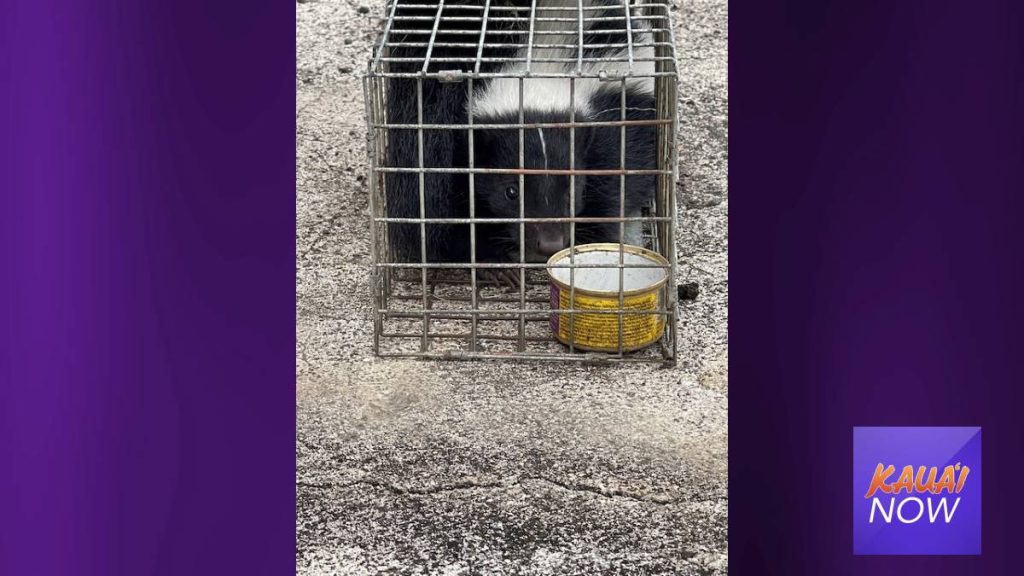 A live skunk was captured at Pier 1 in Honolulu Harbor Wednesday, July 21, 2021. This is the second skunk caught in Hawai‘i this year.

Inspectors from the Hawai‘i Department of Agriculture’s Plant Quarantine Branch (PQB) were called Tuesday morning by a ship’s terminal supervisor who reported that an animal, possibly a skunk, was seen on the deck of a container ship that arrived from San Diego on Monday. A team of inspectors were dispatched and searched the vessel but were unable to locate the animal.

While at the harbor, PQB staff received another report that the animal was seen on a nearby dock and proceeded to search that area as well and did not find the animal. Six traps were set overnight and Wednesday morning, inspectors were notified that there was an animal in a trap.

It was determined to be a skunk and was retrieved by inspectors.

The animal is reportedly a male skunk. A test for rabies is being sent to the mainland and results are expected in a few days.

In February 2018 and January 2021, live skunks were also captured with the assistance of stevedores at Pier 1 in Honolulu Harbor.

All the previously captured skunks tested negative for rabies.

Skunks are prohibited in Hawai‘i and are only allowed by permit for research and exhibition in a municipal zoo.