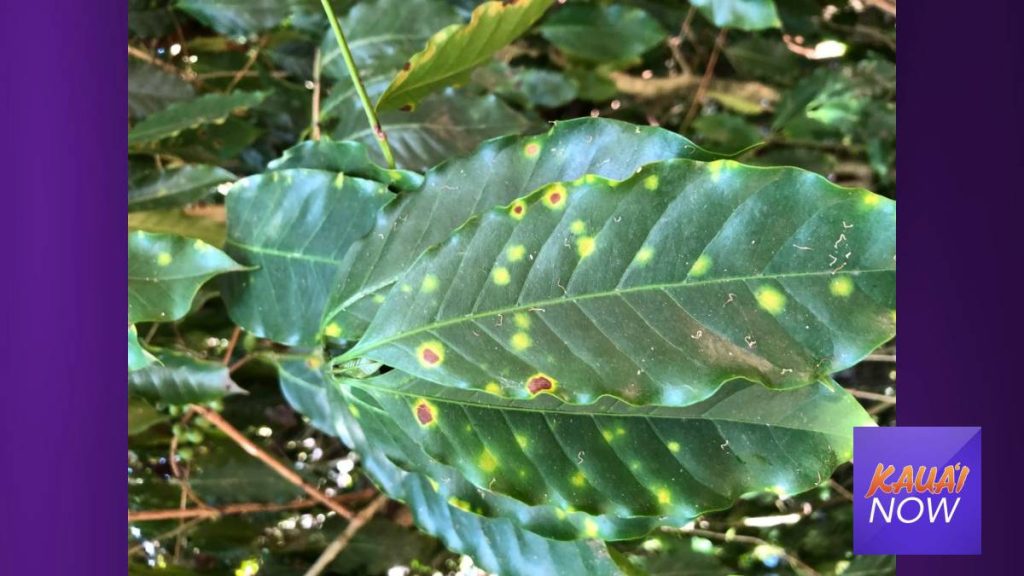 Coffee leaf rust (CLR) was detected on Kaua‘i and Moloka‘i. The serious coffee plant pathogen has now been found on all major Hawaiian Islands.

A commercial coffee grower in Kīlauea reported CLR on June 28 to the Hawai‘i Department of Agriculture. HDOA collected samples confirmed it to be CLR on July 9. Preliminary assessments indicate that CLR had been on Kaua‘i for at least six months.

CLR was first detected in the state in October 2020 on Hawai‘i Island and Maui and subsequently detected on O‘ahu and Lana‘i in January 2021.

Since the first detection, the Hawai‘i Board of Agriculture (Board) approved an interim administrative rule which restricted the movement of coffee plants, plant parts and other CLR hosts from infected islands to try to stop the spread of the disease. With the detection of CLR statewide, HDOA is reassessing these restrictions; however, they will remain in place until further action is taken by the Board or the interim rule lapses in November 2021.