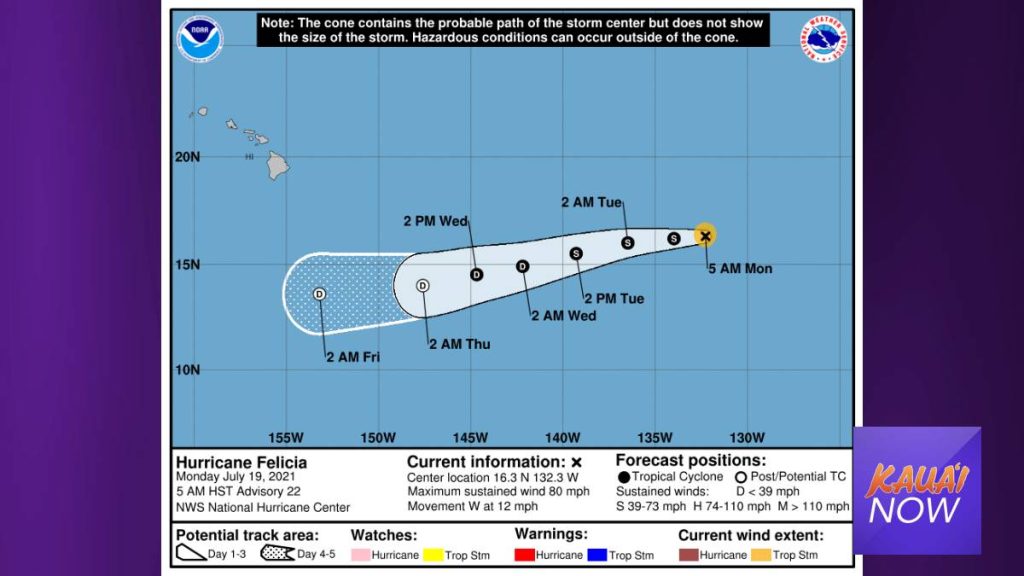 Two storm systems are creeping across the Pacific Ocean toward the Hawaiian Islands.

NWS forecasts indicate that the weakening of the storm will continue as it continues to move west at approximately 12 mph. Felicia is expected to be re-classified as a tropical storm by the time it crosses into the Central Pacific Basin at some point Tuesday.

Following on Hurricane Felicia’s heels is Tropical Storm Guillermo, which is approximately 2,500 miles east of Hilo and moving west at around 15 mph.

NWS reported Guillermo has maximum sustained winds of 50 mph, with higher gusts. A weakening of that storm is projected to begin Monday evening.

Guillermo will like cross into the Central Pacific Basin on Friday, three days after Hurricane Felicia, as a remnant low pressure system.