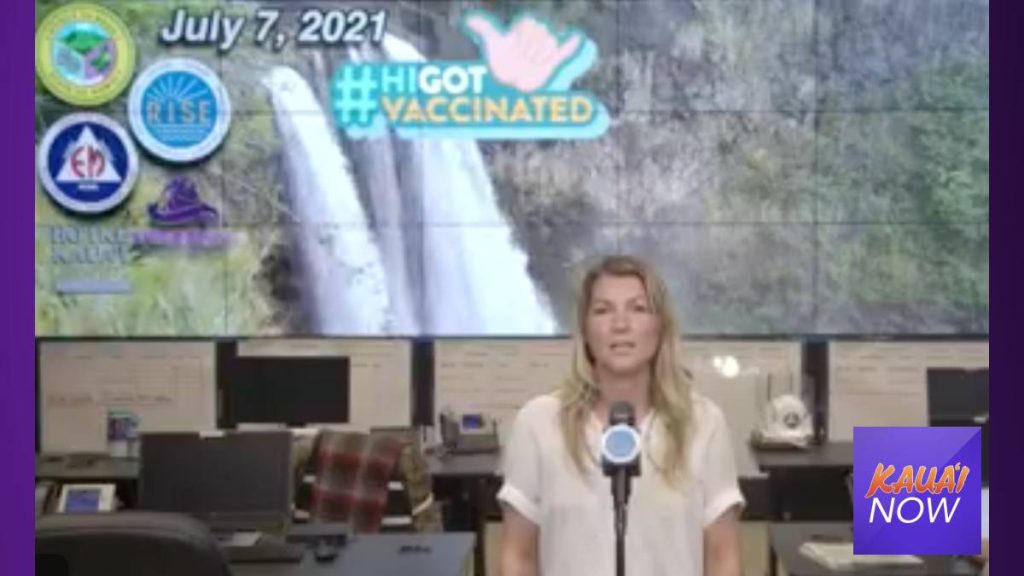 Two COVID-19 clusters have been identified this month, one at a place of worship and the other in a shelter, officials reported during a county briefing Wednesday, July 7.

Lauren Guest, Public Health Preparedness Planner for the Kaua‘i District Health Office, reported to date, the county identified 10 primary or secondary cases associated with the place of worship cluster. All attendees were notified of their possible exposure.

In the shelter, four primary or secondary cases were identified.

“We continue to see a high transmission to close contacts under quarantine,” Guest said during Wednesday’s briefing. “We are is still awaiting results from the State Laboratory, it is highly likely we are dealing with the Delta variant.”

Guest said vaccination is the strongest tool the public has to protect themselves from the spread of COVID-19.

Over the past week, Kaua‘i has seen a spike COVID cases, almost all of which were among residents who were not vaccinated, said Elton Ushio, KEMA administrator during Wednesday’s briefing.

One Kaua‘i resident remains hospitalized at this time.

Over the past week officials confirmed 36 new cases in adults and children, including 28 that were community acquired. Active cases are now at 30 with a cumulative total of 445.

Eight new COVID cases were reported on Wednesday, July 7, all adult residents. Two were infected during mainland travel and the other six are close contacts to previously confirmed cases.

“It’s a good sign that our cases over the past few days have predominantly been in people under quarantine as close contacts, however, we continue to see community spread of disease among unvaccinated residents,” Guest said. “We ask for your continued assistance in controlling disease spread on Kaua‘i.”