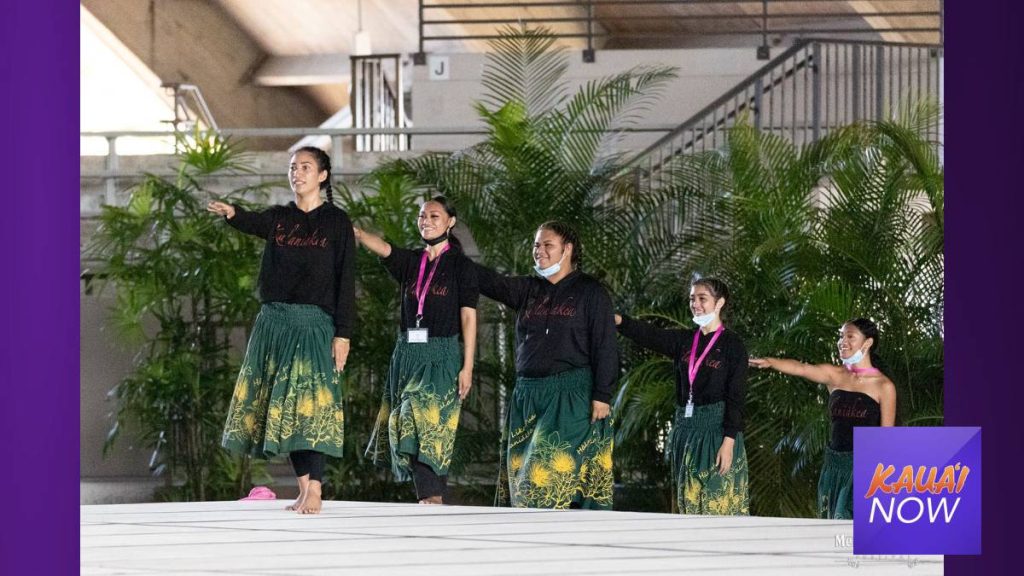 Hula hālau (hula school) participants from across the world have been taking the stage at the iconic Edith Kanaka‘ole Stadium in Hilo, Hawai‘i for the past couple of days to participate in the 58th Annual Merrie Monarch Hula Festival.

While the COVID-19 pandemic canceled the festival in 2020, the competition returned on Thursday, June 24, without an audience to focus on the safety of all participants. The taping of the event will end today, June 26, with ʻauana performances.

The event will be broadcasted on KFVE on July 1-3 at 6 p.m. Winners will be announced on July 3. Click here for details on how to watch the performances.

Officials with the festival have been posting behind-the-scenes photos of the event on the Merrie Monarch Festival’s official Facebook page. Some of the images captures are masked dancers rehearsing on the stage, performers getting their temperatures checked and TV crews prepping for recording.

According to a Merrie Monarch Festival Facebook post, the event is not only absent a live audience, but it was decided there would be no live ʻauana music at this year’s competition.

As a result, some of Hawaiʻi’s finest musicians, kumu hula, and production crew got together last weekend at Waiwai Collective – in a COVID-safe environment – to pre-record the music for this year’s festival.

“While this is definitely first for the Merrie Monarch Festival, one thing remains true – the kuleana to ensure our culture and moʻolelo is perpetuated continues to be a focal point,” The post reads.

All halau participants, staff and production crews have been following strict COVID-19 guidelines. Everyone involved with the event has undergone COVID testing. There was a five-day isolation period before even entering the stadium. Additionally, daily screenings for symptoms are conducted each day prior to entering the venue.

This year’s motto is, “E ola i ka hula,” or “hula lives.” A total of 15 hālau will be participating and will showcase eleven wahine (women) and eight kāne (men) performances, as well as seven Miss Aloha Hula entrants. (In 2019, there were 24 hula hālau that competed.)