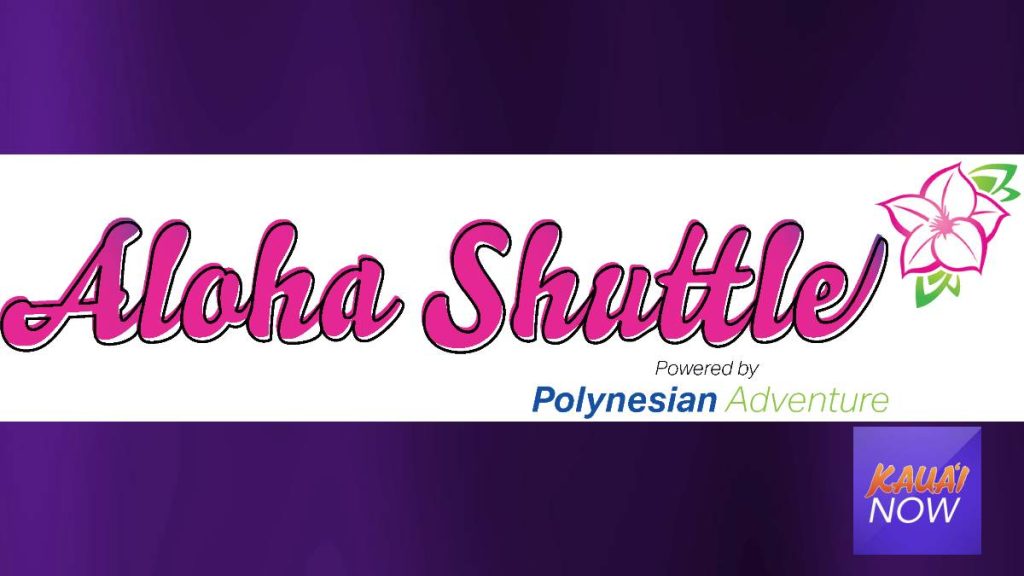 A local touring company has stepped up to help alleviate the issue of stranded visitors on Kaua‘i due to a rental car shortage.

On Wednesday, June 9, Polynesian Adventure Tours launched its Aloha Hop On Hop Off shuttle service will offer three routes — Po‘ipū, Kapa‘a and Princeville — stopping at resorts and attractions with nearby shopping and dining options. Starting next week, the touring company plans to open a shuttle service from Līhu‘e Airport to the resorts.

Click here to book the shuttle in advance and view more details, including the itinerary.

“I think the biggest thing is it (the shuttle) will alleviate the immediate problem of people not be able to get rental cars for their exploration,” said Kelly Camps, Vice President of Sales and Marketing at Polynesian Adventure. “We’re excited about it (the shuttle) and think it will be well received,” she said, adding the company is in the process of buying a trolley that will operate between Po‘ipū and Kōloa.

The plan is to make the shuttle a permanent service.

“We estimate 40% of the rental cars that were on Kaua‘i in 2019 are no longer here,” stated Nalani Brun, director of the Office of Economic Development. A chip shortage nationwide has caused this to be a national problem with Hawai‘i having the added issue of more difficult access to new cars due to not being near a car manufacturer.”

Approximately 3,000 travelers were screened per day during the month of May at the Līhu‘e Airport. County officials expect to see substantial increases going into June through August. Brun anticipates the car shortage to continue through the end of the year.

The immediate goal of the shuttle service, Brun said, was to “help stranded visitors who were walking along the highways with their bags rolling behind them.”

“Visitors have been using the public bus system more often than before,” Brun said. “Bicycle usage and walking seems to be increasing as evidenced by many residents. The marketplace is starting to adjust by looking at other options to provide that are fiscally viable.”

Sue Kanoho, executive director of Kaua‘i Visitors Bureau, told Kaua‘i Now on Wednesday she appreciates the company’s willingness to help visitors who are having a hard time getting around.

Kanoho said KVB has received as many as 10 to 20 complaints a day from visitors who are stranded.

People have an expectation, Kanoho explained, that Uber or Lyft would be available, but “we don’t.”

Not only will the shuttle service provide access, Camps said, it’s also in line with the county’s Destination Management Action Plan (DMAP). The tour company is working with the county to create more transportation to ultimately get more cars off the road.

“Our goal is to work in partnership with the community and tourism industry to have some synergy to make things better for everybody,” Camps said.

Brun said the county has requested funds from Hawai‘i Tourism Authority to support the efforts of Polynesian Adventure Tours.

“We have learned in the past that there are ‘amenities’ that shuttles will need to go long-term, like signage,” Brun said. “We don’t want to interfere in the private marketplace. We just want to be there to give our support to having the shuttle programs stay. The County is focused on the long-term goal of changing how visitors travel around Kaua‘i.”