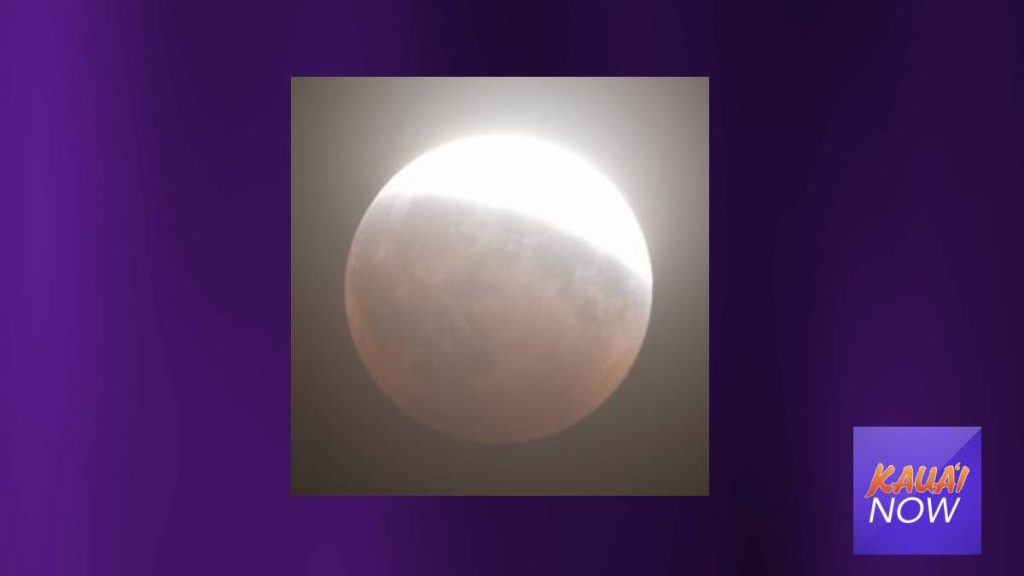 The University of Hawaiʻi Pan-STARRS telescopes on Hakeakalā scan the sky every evening for near-Earth objects (NEOs) — asteroids or comets that may come close to, or even hit, Earth in the future. It recently spotted three of them.

For a few days each month, the full moon hinders the search by making the sky brighter, which makes it more difficult to see these faint objects. So on May 26, 2021, when Hawaiʻi was in line for prime viewing of the total lunar eclipse, observers at Pan-STARRS capitalized by observing the darkened sky.

As a particular NEO moves about the sun, its orbit may occasionally bring it to where it can be observed from Earth, but sometimes that window of opportunity may only be a few days. A lunar eclipse might allow astronomers to catch faint NEOs during a time when they could otherwise be missed because of a bright full moon.

On May 26, astronomers raced against a brief 60-minute window during the eclipse to search for faint NEOs. They pinpointed three to the northwest of the eclipsed moon. One of them, an asteroid about the size of 1 ½ football fields, hadn’t been seen since 2001. The near-Earth asteroid, 2001 MY7, does not pose a threat to Earth, according to UH astronomers.

“It only comes close to the Sun once every five years, when it becomes bright enough to see, making this kind of asteroid very difficult to discover,” said UH Institute for Astronomy astronomer Richard Wainscoat. “This object reminds us that some near-Earth objects can be very difficult to find — for example, objects that come close to Earth in the daytime sky and objects with long periods.”

Pan-STARRS astronomers also saw two new NEOs. The larger object, 2021 KM2, now with additional observations has a well established orbit, and is approximately 450 feet in diameter. It poses no threat to Earth. The other object is smaller and has proven to be more elusive. Astronomers hope that it will be seen again in the next few weeks when the waning moon lets the sky become darker so that an accurate orbit can be determined.

The next lunar eclipse visible from Hawaiʻi is a partial eclipse on the night of Nov. 18, 2021. Pan-STARRS astronomers are planning a similar deep search for NEOs on that night when the full moon enters the Earth’s shadow.

Pan-STARRS1 is the world leader in finding larger NEOs, and continues to demonstrate the fundamental role Hawaiʻi astronomy plays in the nation’s planetary defense program. The search is funded by NASA’s Near-Earth Object Observations Program.