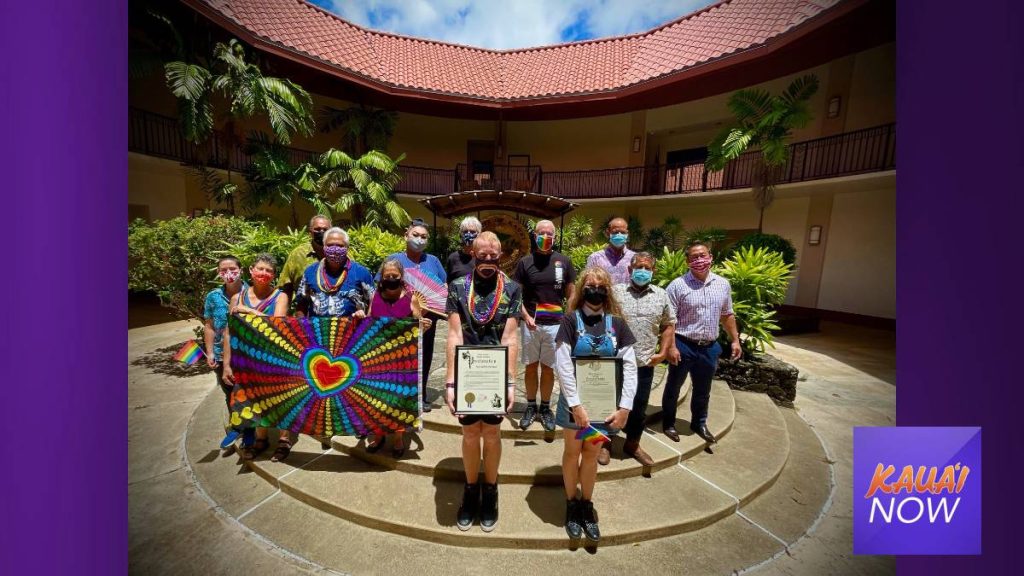 The Kauaʿi PRIDE Parade, an annual event held by the YWCA and supported by the Rice Street Business Association, is scheduled for Saturday, June 5, at 9 a.m.

Throughout the United States, the month of June is celebrated as LGBTQ Pride Month which brings awareness to the ongoing fight for dignity and equality for the lesbian, gay, bisexual, transgender, and queer (LGBTQ+) community. This annual designation commemorates the 1969 Stonewall riots in New York City, which were the first push towards the gay liberation movement, leading to the modern fight for LGBTQ+ rights today.

On Tuesday, June 1, Mayor Derek SK Kawakami proclaimed the month of June as LGBTQ Pride Month here on Kaua‘i and called upon all people to eliminate prejudice everywhere and to celebrate diversity. Mayor Kawakami, along with the Kaua‘i County Council, presented certificates to the YWCA of Kaua‘i during the ceremony, and shared words of support and encouragement to all.

To accommodate Saturday’s event, the Kauaʿi Police Department will close streets along the parade route from 8 to 11 a.m.

Road closures will include (1) Rice Street at the Kapule Highway intersection; (2) Rice Street from Hoʿolako Street to Haleko Street; and (3) ʿUmi Street.

The westbound lane of Rice Street will remain open during the event, but traffic will be slow going.

Rice Street will be completely closed from 8 to 9 a.m. to set up the floats, and from 10:30 to 11 a.m. to allow spectators to leave and to provide time for floats to be broken down.

There will be stationary floats on the south side of Rice Street and in some private businesses’ parking lots during the event; however, there will still be access to businesses along Rice Street.

The Kauaʿi Bus will not be servicing any of the bus stops on Rice Street between 8 and 11 a.m.

Officers will be manning the closures and will keep the roads closed until the completion of the parade.

Motorists should allow additional time to get to their destinations as traffic delays are expected.