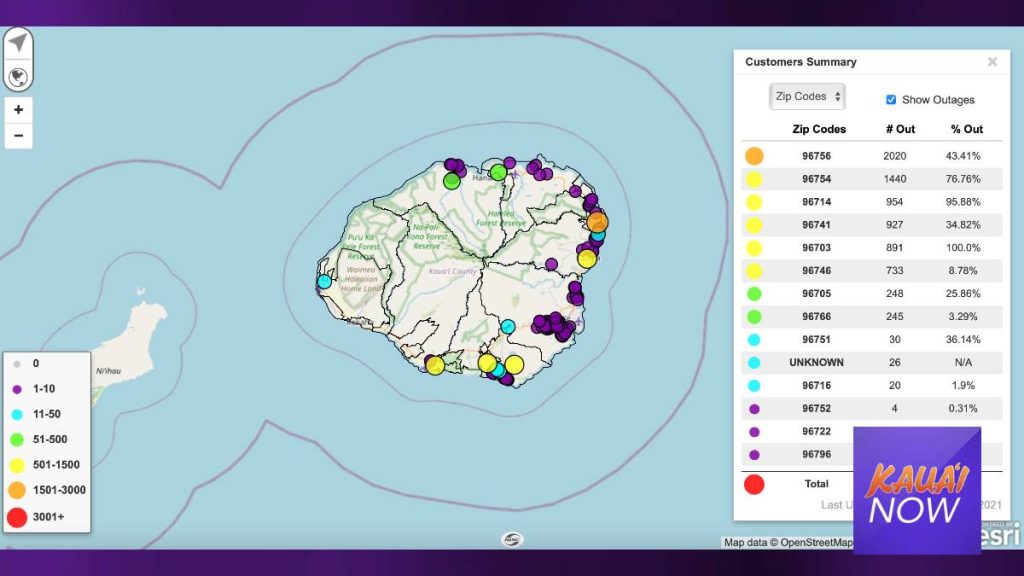 Just before 1 p.m., KIUC announced they were assessing the cause of the outage and noted it would take several hours before all areas were restored. At 2:15 p.m., KIUC indicated that some customers had restored power.

View the outage map below to see the breakdown of where power is out and how much of it has been restored.