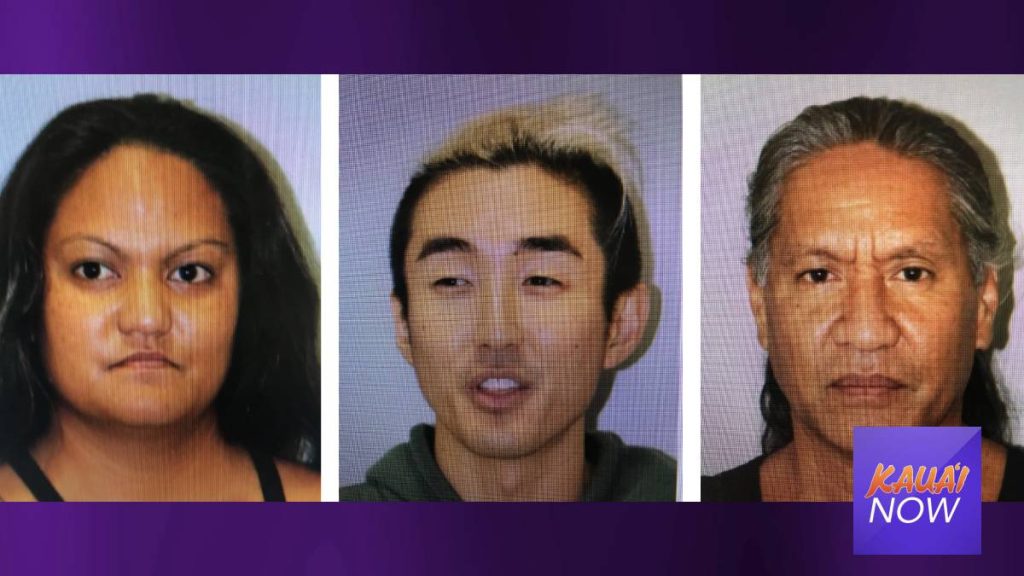 The Kauaʿi Police Department’s Vice Section executed a search warrant around noon on Wednesday on the Garden Isle CBD Smoke Shop located in the Kawaihau District. The search warrant resulted in the seizure of an excess of 2 pounds of marijuana, numerous amounts of vape cartridges labeled with over 80% THC, “medicated” edibles, several pounds of “green vegetable matter” that will be tested for THC, and $5,858 in US currency.

Owners of the businesses establishment, 58-year-old Henry Long of Kealia and 30-year-old Ciara Silva of Kealia, were arrested.

Based on this search warrant, Long was arrested for second-degree commercial promotion of marijuana. He was released after posting $5,000 bail.

Silva was arrested on second-degree commercial promotion. She was released pending investigation.

KPD’s Vice Section simultaneously executed a second search warrant on the ʿOhana Smoke Shop located in the Līhuʿe District. The search warrant resulted in the seizure of an excess of 2 pounds of marijuana, 61.2 grams of psilocybin mushrooms and numerous amounts of vape cartridges labeled with over 80% THC, THC edibles, and $15,972 in U.S. currency.

Based on this search warrant, business owner, 32-year-old Chad Yazawa of Wailua, was arrested on second-degree commercial promotion of marijuana and third-degree promotion of a harmful drug. He was released on $6,000 bail.

The Kauaʿi Police Department’s efforts to mitigate the sale and distribution of e-cigarettes or “vapes” to Kauaʿi keiki is in alignment with the Food and Drug Administration’s (FDA) Youth Tobacco Prevention Plan.

According to a 2018 National Youth Tobacco Survey, e-cigarettes were the most commonly used tobacco product among U.S. middle and high school students, and the number of users continues to rise.

“E-cigarettes and other vaping devices are easily accessible to our Kauaʿi keiki,” said Investigative Services Bureau Assistant Chief Bryson Ponce. “Some of the products that our youth are getting a hold of, which can also contain THC, are causing detrimental effects not only to the development of their brains, according to scientific studies, but are also having long-term detrimental effects on other aspects of their health. It is a priority of our department to help keep our keiki safe.”

In 2017, nearly 20% of U.S. high school youth were reported to be using tobacco products, including e-cigarettes, according to the Centers for Disease Control and Prevention (CDC).

“Moreover, these smoke shops were violating the law by selling products they weren’t authorized to sell, in comparison to other legally operating medical marijuana dispensaries across the state,” said Ponce. “But the main message that we want to get across to the public from this investigation is to please be careful of the products that your keiki may be using or possessing and illegally obtaining, and the negative impact they could be having to their health.”