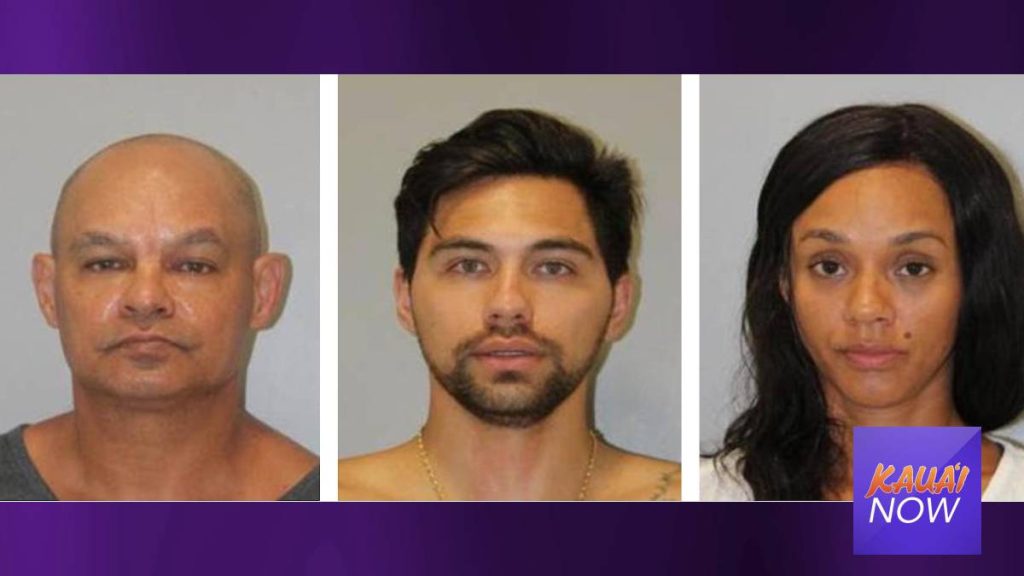 A search warrant on a Kapa‘a residence resulted in three arrests after the discovery of more than 100 grams of heroin.

Kauaʽi Police Department’s Vice Section executed the warrant on March 16. Officers located 104.9 grams of heroin, 23 grams of methamphetamine, 21.9 grams of cocaine, more than $8,000 in U.S. currency, and a Ruger Mini-14 semi-automatic rifle were recovered by police.

Chandler was charged with first-degree promotion of a dangerous drug. He was released pending further investigation.

Laasch-Chandler was charged with first-degree promotion of a dangerous drug. He is currently being held in cellblock and his bail is set at $30,000.

Bell-Gasaway was charged with second-degree promotion of a dangerous drug. She was released after posting $10,000 bail.