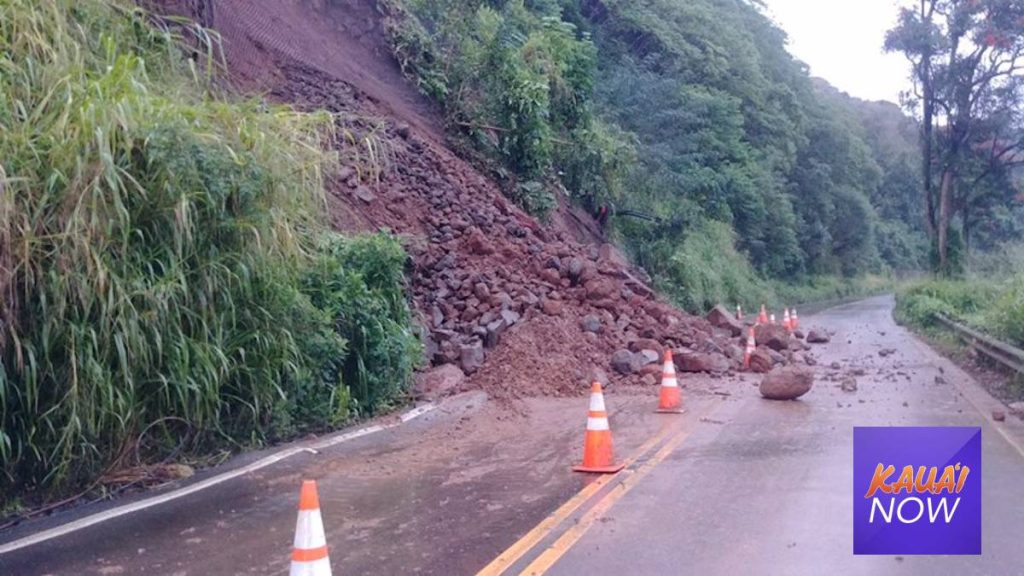 At 5:42 a.m., radar indicated moderate to locally heavy rain over the entire island of Kaua‘i, according to the National Weather Service in Honolulu. Rain was falling at a rate of around one inch per hour, with additional heavy rainfall developing just off the south shore of Kauai which is expected to move onshore. Minor flooding of low-lying and poor drainage areas can be expected.

The public is advised to stay away from streams, drainage ditches and low lying areas prone to flooding. Rainfall and runoff will also cause hazardous driving conditions due to ponding, reduced visibility and poor braking action.

Do not cross fast flowing or rising water in your vehicle, or on foot. Turn around, don’t drown.

A flash flood watch is also in effect through Friday afternoon. This advisory may need to be extended beyond 9:30 a.m. if flooding persists.

Both lanes of Kūhiō Highway, on the Princeville-side of the Hanalei Bridge, remain closed due to a rockslide. Motorists should anticipate an extended closure of this portion of the highway until further notice.

As of 7:33 a.m., the Hawai‘i Department of Transportation reported debris continues to come down at mile marker 1 (Hanalei Hill). Kūhiō Highway, at mile marker 4.5 in the vicinity of Waikoko, is currently open to one lane of alternating traffic.