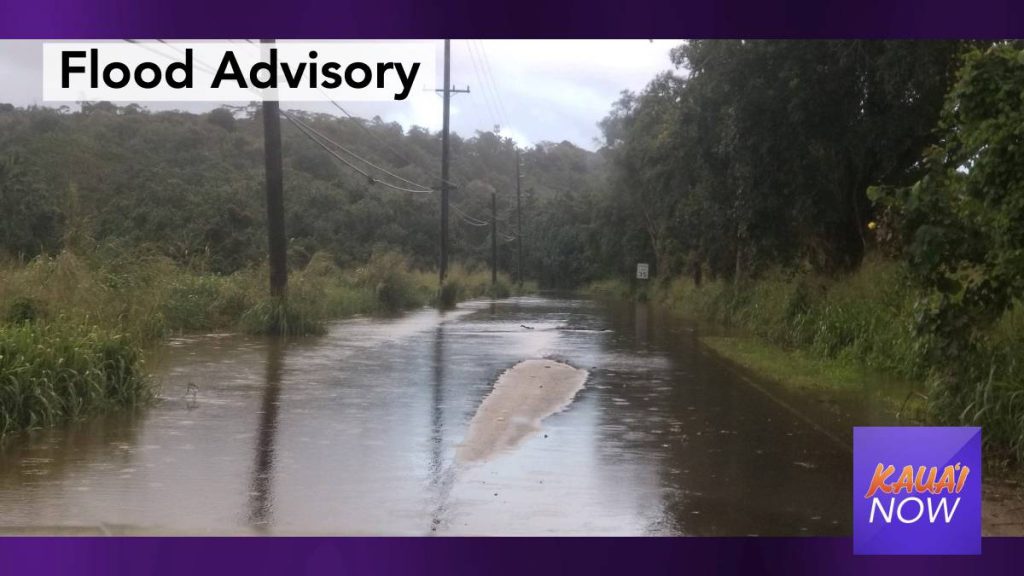 UPDATE: The flood warning is now in effect until 9:45 pm.

The National Weather Service in Honolulu has issued a flood advisory for the County of Kaua´i until 9:45 pm Tuesday night.

Stay away from streams, drainage ditches and low lying areas prone to flooding. Rainfall and runoff will also cause hazardous driving conditions due
to ponding, reduced visibility and poor braking action.

Do not cross fast flowing or rising water in your vehicle, or on foot. Turn around, don’t drown.

A strong thunderstorm capable of producing waterspouts was located over Moloa´a, moving west at five knots. Waterspouts, small hail, heavy rain, lightning, and wind gusts up to 40 knots are all hazards accompanying the storm.

Boaters should seek safe harbor immediately until the storm passes.