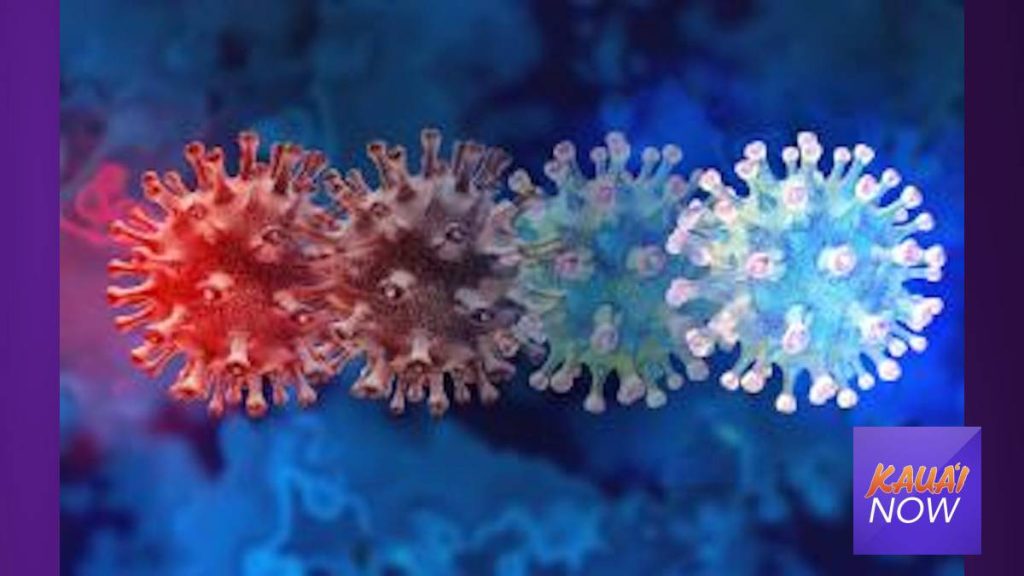 The vaunted “South African” variant of COVID-19 has been detected in Hawai´i.

The State Department of Health State Laboratories Division (SLD) identified the technically named B.1.351 variant in an O‘ahu resident with no travel history.

To date, it is the first and only incident of the variant confirmed in Hawai´i. However, Dr. Sarah Kemble, acting state epidemiologist, said contact tracing has revealed positive tests in individuals associated with the case, meaning further community spread is highly possible.

“This is concerning because B.1.351 has a mutation that makes it more transmissible from one person to another, and a separate mutation that might make it less responsive to the antibodies we form when we have COVID or get vaccinated,” said SLD Director Dr. Edward Desmond.

The N501Y and E484K mutations had previously been seen in Hawai‘i, but this is the first time both mutations have been found together in one virus.

“While theoretical concerns have been raised about whether vaccination will be effective against new variant strains, the real-world data so far are reassuring,” Kemble said. “A study in South Africa showed the Johnson & Johnson vaccine was effective in preventing serious disease requiring hospitalization and in preventing death even where B.1.351 was the predominant strain.”

She added that the Moderna and Pfizer vaccines would also logically be effective against the South African variant from a standard scientific perspective. Those two companies, however, don’t yet have the data Johnson & Johnson does because they did not test their products specifically in South Africa during trial phases.

“There are theoretical concerns, ” Kemble said, “(but) right now, data are promising. The more people that are vaccinated, you don’t even get a foothold for these viruses. They don’t even get a chance to pose a threat.”

Kemble went on to note that the South African variant ⚊ as well as other potentially antibody- and vaccine-resistant variants now identified in Hawai´i, including one originating in Brazil ⚊ have not been proven to cause more serious illness in people who contract them.

Beyond the South African strain, two new cases of the B.1.1.7 variant, also known as the UK variant, have been identified in the islands since the state’s last report. That means a total of eight B.1.1.7 variant cases have been detected in Hawai´i to date.

The UK variant, first detected in Hawai‘i in early February, has the N501Y transmissibility mutation, but not the E484K mutation. The most recent cases of B.1.1.7 involve two O‘ahu residents, one who traveled to the mainland United States (Las Vegas) and a household contact of that individual.

Investigation into cases of recently detected variants is ongoing. Close contacts have been quarantined.

“Research shows community mitigation measures are effective in reducing the risk of transmission of even the most aggressive variants,” said State Health Director Dr. Elizabeth Char. “This means wearing masks, maintaining physical distance and washing hands is more important than ever. The effectiveness of vaccines in preventing serious illness or death means we should get vaccinated as soon as it is our turn.”

The Centers for Disease Control and Prevention on Monday released new guidance, saying that people who are fully vaccinated may congregate in small, private settings without masks. Dr. Kemble elaborated on that as part of the DOH press conference.

“We still need to be very cognizant of who is at risk,” she said. “If everyone is fully vaccinated, you can have a gathering without masks on.”

Kemble added, however, that if anyone who is at risk of severe outcomes is present, social distancing and mask wearing should be observed. No matter vaccine status, everyone should continue following DOH safety protocols whenever interacting in public spaces.

The SLD continues to perform genomic sequencing weekly on COVID samples from across the state in order to detect variant strains including strains of concern. This systemic search for variant strains is accomplished with the collaboration of private sector laboratories, to whom the SLD is grateful.