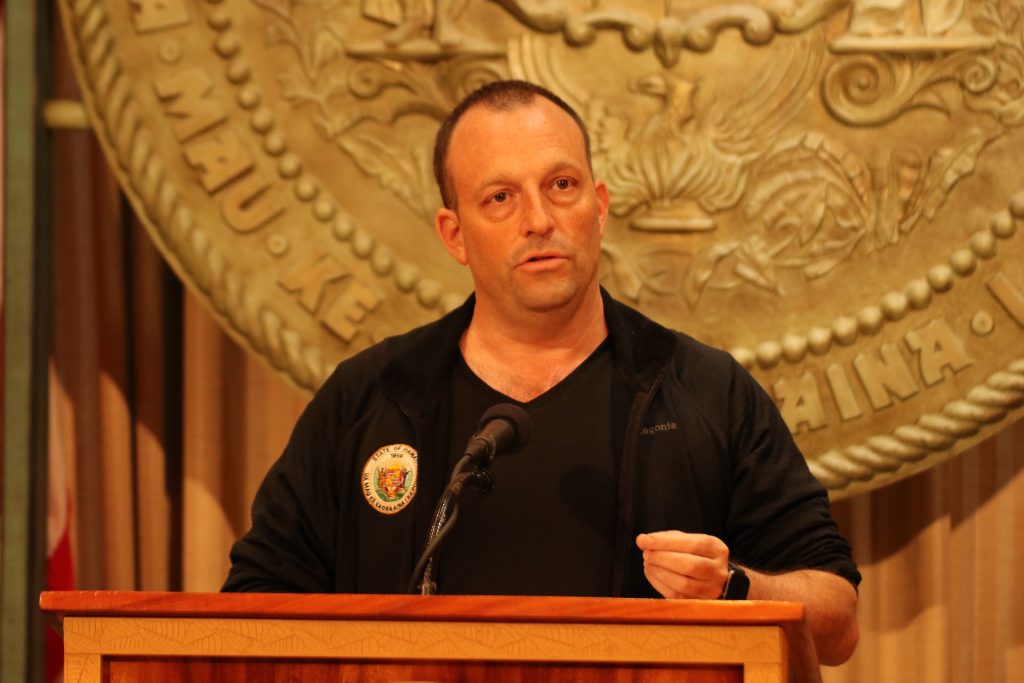 Hawai‘i is formulating a “vaccine passport” program that will allow for much more than freedom of travel to and throughout the islands.

Lt. Governor Josh Green on Tuesday took the time to clear up the state’s vision for the program, which it has been hashing out over the last several weeks. The most important clarification, Green said, is that those who opt out of receiving the vaccine will still have pathways to participate in all the activities afforded to those with vaccine passports.

“If people would like to still get a test (for travel) instead of the vaccine, that’s fine,” Green explained. “We will continue to make available other ways for people to get cleared.”

The passport will be used for more than travel, where it will exempt anyone arriving in the islands from all quarantine and testing requirements. It will also likely apply to sizable public gatherings — such as concerts, sporting events, or even large weddings — when county mayors begin clearing the way for their return. Stipulations around private gatherings will be up to the entities that stage them.

Green is now projecting that 90% of Hawai‘i’s population will eventually be willing to receive a COVID-19 vaccination, making the passport the easiest solution for the majority of people. Some won’t be able to receive the vaccination or will choose to forego it due to allergies, immune conditions, or temporary situations like pregnancy.

The administration is cognizant of those individuals and said it will not discriminate. Green said he’s thoroughly considered the likelihood of lawsuits but expects the passport program to hold up in court, just as the Hawai‘i Safe Travels Program he authored was able to do.

The primary crux of the passport system’s fairness will reside with options for citizens to maintain all of their fundamental rights, absent discrimination or alienation, through vaccine alternatives. This will be achieved through access to viable COVID-19 testing options, among other pathways.

“I think tests will keep getting easier, better, faster and cheaper,” Green said.

Those who engage with the vaccine passport program will be considered free to move about as they see fit following full vaccination, plus two weeks time after receiving their final dose.

Scientific research behind whether vaccinated individuals can carry and transmit the virus to those unprotected remains ongoing. However, Green said past scientific data points to a simple equation: vaccine plus mask wearing equals a small chance of transmission.

“The CDC gave us guidance last week where they feel if people have been fully vaccinated, they do not have to quarantine when they come into close contact with (others). That already is a major sales point,” the Lieutenant Governor said. “There is ongoing research, but historically vaccinations have been protective.”

A second obstacle Hawai‘i must navigate is enlisting a contractor to create, implement and manage deep databases used to verify vaccination and testing records from a variety of trusted sources. Artificial intelligence systems that can comb through medical data while maintaining privacy to generate an easy-to-use QR code for each person holding a vaccine passport is the state’s ultimate goal. The same necessities existed when Hawai‘i began implementing its Safe Travels program.

Optimistic timelines have essential workers available for the vaccine passport program as early as March 1, residents interested in interisland travel eligible April 1, and mainland travel included in the program May 1.

No target date has been established for international travel, as too many variables exist including COVID-19 variants prevalent in other countries and consideration from the US Food and Drug Administration as to which vaccines it will eventually approve. Currently, vaccines from Pfizer and Moderna would be accepted as part of the passport program. The Johnson & Johnson vaccine will presumably join that list come early March.

As to any pushback from Washington DC on the state’s plan to implement a vaccine passport, Green doesn’t expect much.

Hawai‘i has handled the pandemic as effectively as any state in the nation based on infection/death rates and has now turned its eye to revamping a devastated economy while re-energizing an exhausted population.