House to Take Up Second Reading of HB1286 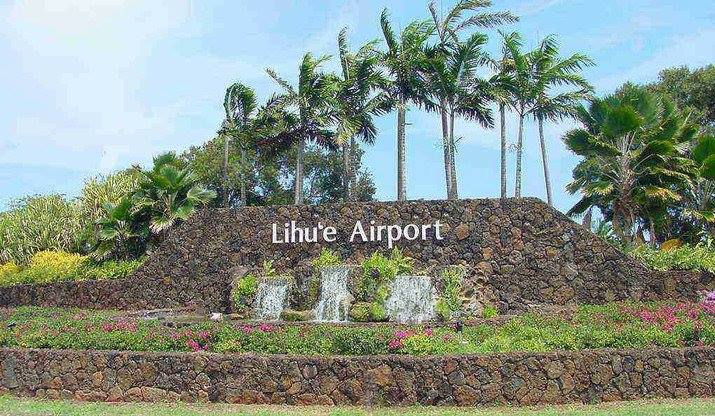 A measure that would create a statewide policy to the safe travels program for COVID-19 is going before the House floor for second reading today, Feb. 12.

If HB1286 HD1 bill passes, it will move to the Judiciary and Hawaiian Affairs Committee where its fate will be decided by the end of next week. The bill has been heavily criticized by the Kaua‘i community who say the measure takes power away from the counties in how to handle the health crisis.

Kaua‘i Rep. Dee Morikawa joined the authoring of this bill partly due to her difficulties in flying home inter-island. The representative said she tests every week just to fly home to avoid quarantine, adding tests aren’t cheap.

At the beginning of the pandemic, Morikawa said, she thinks Kaua‘i County Mayor Derek SK Kawakami did what was good for the island. However, the county’s current travel policies are restrictive, noting the detriment it’s caused to small businesses, workers in the tourism industry, and individuals who travel inter-island for work.

“I think Kaua‘i quarantine is a little too strict right now,” Morikawa said. “Our numbers are consistently low. We should be rewarded for our good behavior.”

In October, the state began offering the Safe Travels Program, which allows travelers to avoid quarantine if they provide a negative COVID-19 test 72 hours before arriving in Hawai‘i. Not long after the policy went into effect, Kawakami requested Kaua‘i County opt-out as coronavirus cases began to rise.

The county’s current policy indicates transpacific travelers to Kaua‘i who take a pre-travel test, quarantine for three days on a “resort bubble” property, then take a post-travel test, will be released from quarantine with negative test results. Those traveling inter-island, must be in the state for 72 hours and take a COVID-19 test three days before arriving in Kaua‘i. Click here for the county’s full policy on COVID-19 quarantine.

“We have always said that every island is unique in its own set of challenges. Kaua‘i is the smallest county in the state with the least amount of resources, and we base every decision we make with this in mind. Our county’s response to the pandemic has resulted in the least fatalities and the lowest case counts. This has allowed our Department of Health and hospitals to administer vaccines to our residents, and has allowed businesses and activities to operate at Tier 4 – our least restrictive tier,” Kawakami stated.

Morikawa has received backlash from the community, people saying “shame on you for not supporting the mayor.”

“When I received emails from struggling people, that breaks my heart,” Morikawa said. “It’s (travel restrictions) a tragedy for people working, or were working in the visitor industry.”

“People will shun if they hear you’ve been off-island,” Morikawa said. “It’s a terrible thing to put on travelers.”

Morikawa said she wanted to draft a bill that doesn’t hurt neighbor-island travel. In this instance, the representative said, the Garden Island seems to have closed itself to the rest of the state.

“We’re one state, and we need to support each other,” Morikawa said. “This bill doesn’t solve it but it allows us to talk about it.”

Testimony, mostly from Kaua‘i residents, was submitted to the Legislature. They were divided on their support for the bill.

“While I appreciate the bill originator’s intent on getting consistency across the state, we have seen over the last 10 months that one-size does not fit all in regard to pandemic response,” Kaua‘i resident Beth N. Carvin wrote.

Kaua‘i resident I. Sam-Vargas stated to have one statewide plan for COVID is shortsighted and not good governance.

“How can all counties be treated the same when they are not vaguely similar in size and medical resources?” Vargas questioned.

“Please do not take away our ability to govern ourselves and keep our island safe,” Moss testified. “An economy can be revived. A dead person cannot.”

While there was overwhelming opposition to the bill, there was a lot of support.

“Kaua‘i’s travel restrictions and resort bubbles have devastated the island’s economy and the houseless population is out of control,” Kauai resident Carla J. Keller wrote. “Kaua‘i County has created a catastrophic situation that will turn Kauai neighborhoods into depressed barrios. Only the super-rich and very poor will remain — the middle class will be gone.”

Kaua‘i resident Joel Peterson wrote the island has been devastated by Kawakami and his plan to keep the Garden Island in a bubble with no resolution in sight.

“The Regular Safe travels program is already intrusive enough and we need to find a balance of staying safe while giving our family and friends a fighting chance to get the economy going,” Peterson stated. “Kaua‘i is crumbling and it will take years and years to ever recover.”