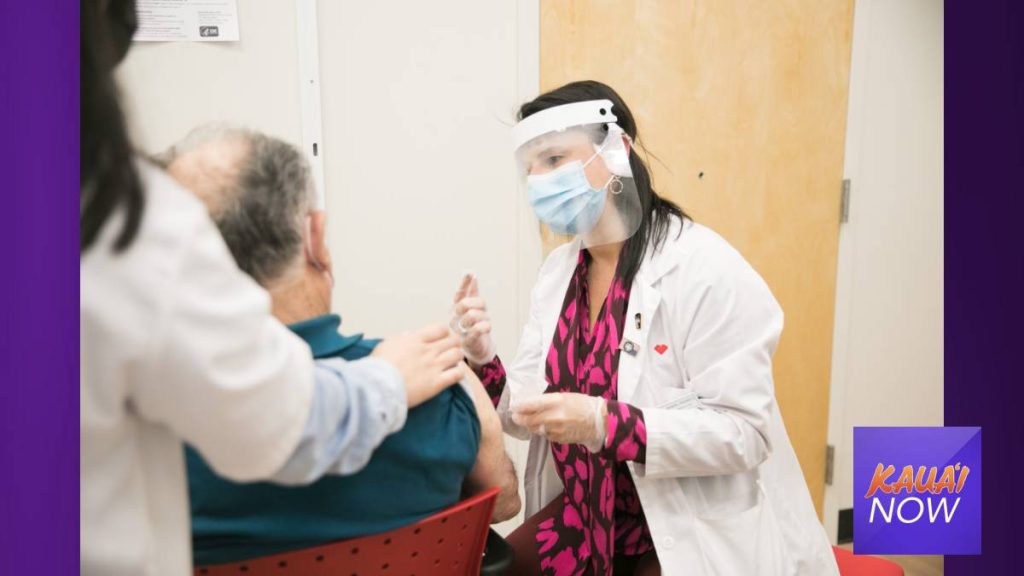 Acceptance of the COVID-19 vaccine has rapidly shifted since the administration of the vaccinations first began in mid-December.

According to a new survey released by the Hawai‘i Department of Health, there has been an increased interest to receive the vaccine as more people have been inoculated. The survey reports that 55% plan to get vaccinated as soon as they are eligible and 36% will wait before receiving their vaccinations.

“This is a positive change in a relatively short time,” said Dr. Elizabeth Char, director of the Hawai‘i Department of Health. “As we anticipated, those who were initially hesitant about getting the vaccine are now much more comfortable as they see family, friends, co-workers and others safely receiving their first and second doses.”

According to the survey, 69% of Kaua‘i County residents still view the virus as a personal threat.

The survey, conducted by Anthology Research from Dec. 30, 2020, to Jan. 11, 2021, included 445 adult Hawai‘i full-time residents statewide. Anthology has been tracking resident attitudes and behaviors relating to the pandemic on a regular basis since April 2020.

The survey also showed more than a third, or 37%, of Hawai‘i residents are less concerned about the impact the virus has on their health, and instead are now primarily focused on the pandemic’s economic and financial impact.

The survey also showed that those who view the pandemic more in terms of its financial impact were more likely to have experienced overall mental stress and depression over the last six months.

Eighty percent of Kaua‘i County residents were impacted by mental issues, according to the survey.

Statewide, about eight in ten, or 82% of respondents, say they experienced a mental health condition such as anxiety, depression, loneliness, or panic attacks over the course of the last six months of the pandemic. More than half, or 52%, of these residents, said their symptoms started before the pandemic, and of these, a third felt their condition became worse since the start of the pandemic.

Previous surveys conducted by the DOH and the University of Hawai‘i before the vaccinations were available in Hawai‘i showed about 50% of residents would accept the COVID-19 vaccine, while the other half indicated they did not plan to get vaccinated or were still undecided.