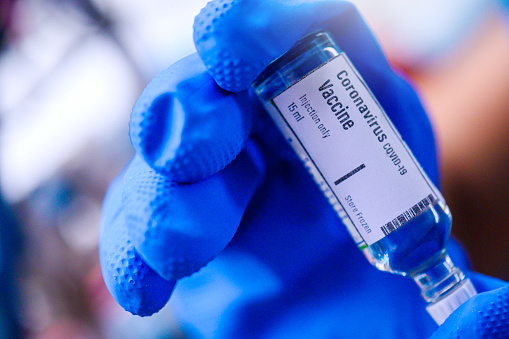 Hawai‘i demand for COVID-19 vaccinations continues to outpace supply, as well as the state’s ability to administer the doses already in its possession.

Top health and government officials convened a press conference Tuesday to announce expanded partnerships they said will allow for more efficient and timely distribution of coronavirus vaccinations, adding there is hope more doses will regularly arrive in the state with the coming transition of power in Washington DC. President-Elect Joe Biden has trumpeted the lofty goal of administering 100 million doses in his first 100 days in office, which will begin Wednesday.

Also factoring into Green’s projections are new partnerships on the state’s end. As of Tuesday, Hawai‘i was partnered with 45 entities helping to administer first and second doses of both the Pfizer and Moderna vaccines.

Kaiser Permanente already has the capacity to vaccinate at least 1,000 people per day, sometimes more. Hawai‘i Pacific Health began its program Monday, which Green said has a capacity of 1,500 vaccinations daily. Queen’s Medical Center is set to come online with its program sometime next week.

Governor David Ige stressed Tuesday that the state is not “sitting on thousands of vaccines,” but is instead pushing them out as quickly as possible.

“We’re moving them out as quickly as we receive them,” he said.

Officials added that at some point in the relatively near future, the capacity to administer shots should no longer prove an issue, leaving the only concern the variable number of doses arriving to the islands weekly.

Approximately 59,000 doses entered the state over the previous week, some earmarked for initial shots and some for the second doses required for both of the vaccines approved for US consumption. Hawai‘i is currently administering around 18,000 first doses weekly, Green said, a little more than one month since doling out its first inoculations.

Director of the Hawai‘i Department of Health, Elizabeth Char, added that the state expects to receive 32,000 more doses over the next few days, though that was all the information should could offer. Weekly totals can not be projected until the Thursday prior, when the state receives word from federal officials as to the specific allocations it can expect.

She projected Hawai‘i is potentially capable of administering 3x to 4x more shots than it is now, should capacity ever grow large enough to render those statistic realistic.

Timing and efficiency of vaccination distribution remain vital factors to Hawai‘i’s overall quality of public health, even despite the fact that the state boasts the lowest infection and death rates per 100,000 people in the entire United States.

As of Tuesday, just over one year since the pandemic was identified in China, more than 2 million individuals have perished from COVID-related illness worldwide, including more than 400,000 people in the US alone.

There has been some confusion as to who is being vaccinated and who is eligible. Currently, the state is inoculating those individuals classified in stages 1A and 1B of its vaccination rollout program.

The 1A group includes approximately 50,000 frontline healthcare workers and 10,000 kūpuna in long-term care facilities. Many of these individuals are now receiving their second doses, with healthcare providers delivering shots directly to the elderly in their places of residence.

Members of group 1B include roughly 109,000 individuals 75 years of age and older, along with another 50,000 frontline workers such as public school teachers, critical transportation workers, and emergency service personnel. First doses of the vaccine are currently being administered to this group.

Those interested in finding out if they qualify for vaccination should visit the state’s COVID-19 website. The link also provides information on what entities are administering inoculations, where they are doing so, and how to register for any and all who currently qualify.

Green said he is hopeful all those in groups 1A and 1B will have received both required doses by the end of February. Members of the 1C classification will likely begin to see their first shots before the end of next month, as the rollout is setup to flow continuously. This group includes nearly 150,000 kūpuna 65 years of age and older along with younger individuals living with chronic diseases that make them more susceptible to severe coronavirus complications.

Some hospitals throughout the state have chosen to provide inoculation to live-in caregivers attending to vulnerable kūpuna. Char said that from a public health standpoint, the strategy is rational. However, due to the lack of availability of the vaccine at this juncture, the state will continue to officially prioritize those people classified in the groups of most immediate need.

As more and larger demographics are added to the list of eligible recipients, Char said the state will allocate doses for the elderly and essential workers proportionately to create the most equitable distribution possible. To date, vaccines have been sent to individual counties in tallies commensurate with the populations of those islands.

As speed and efficiency of vaccine distribution have increased through partnerships and experience, moving into vaccination phases in which second doses are common will also naturally quicken the process.

Green said those applying for their initial doses navigate a process that is considerably more “labor intensive,” as they are required to provide significant medical and personal details before being inoculated. Second doses are handled more quickly as requirements are far fewer.