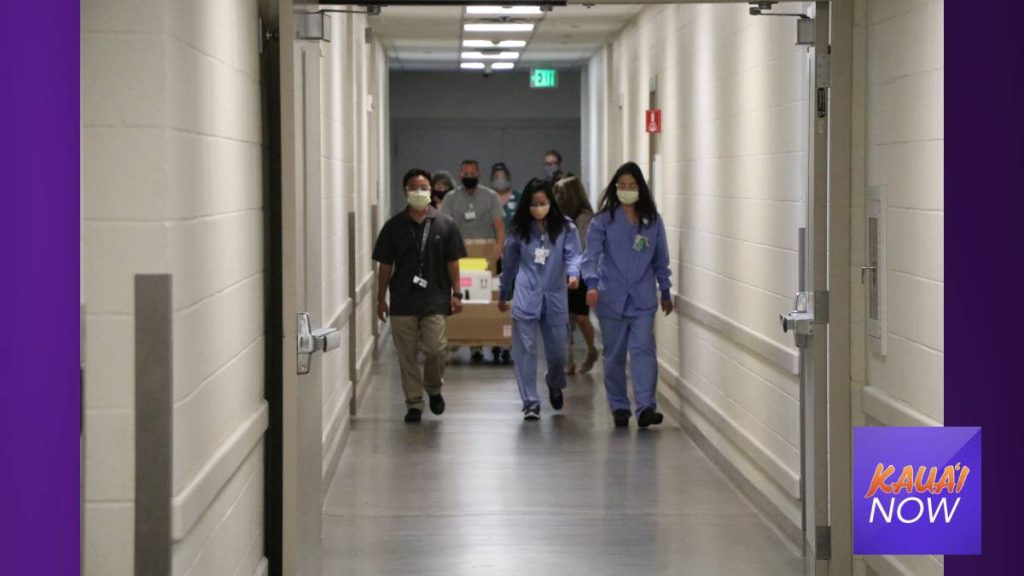 Slowly (even more so than expected) but surely, Hawai‘i is rolling out its coronavirus vaccine program.

High-ranking government and health officials convened in Honolulu Tuesday to detail the plan as it is outlined over the next several weeks, making two primary requests of the public during that time.

“Until the vaccine is widely administered, I am asking everyone to continue to remain vigilant,” said Governor David Ige. “Wear your masks, wash your hands, and watch your distance.”

Patience may be easier here than in most other US states, as Hawai‘i has maintained the country’s lowest rates of infection and death from COVID-19 over the previous six to eight weeks, while numbers have skyrocketed to all-time highs in several other regions.

But after 10 months of lockdowns, restrictions, and guidelines, patience and the ease with which it comes have been relegated to relative terms, even absent larger scale levels of panic associated with overrun ICU units and quickly amassing death tolls characterizing the pandemic in places like California.

As of last Thursday, approximately 26,000 individuals in Hawai‘i had received their first doses of either the Pfizer or Moderna COVID-19 vaccines — each of which require two shots for full effectiveness. Green said several thousand more have taken the first of two inoculation steps over the four days in between then and Tuesday, adding he’s hopeful the state’s tally will approach 40,000 vaccinated by week’s end.

Currently, healthcare workers as well as residents and staffs at long-term care homes are those receiving doses. Combined, they total around 50,000 people, though the vaccine is not yet mandatory for any individual in the state and some are opting not to take it, at least for now.

The next phase of distribution is scheduled for kupuna aged 75 years and older. Green said vaccinations among this group will ramp up significantly in a couple of weeks but have already begun to a small degree. This group represents more than 100,000 individuals statewide. Also part of this phase are 50,000 frontline essential workers including corrections officers, emergency service personnel, those classified as part of essential government and critical transportation operations, school workers and support staff.

A group of several hundred thousand individuals encompassing the elderly in the age range of 60 years to 74 years along with essential workers not included in the categories above will come next and be vaccinated through the Spring. Inoculation of the general population is projected to begin in early summer.

The projections are broad and vague, as Hawai‘i can control only the distribution of medication it receives, not how much it will receive or when. Dr. Elizabeth Char, director of the state Department of Health, said new shipments are often detailed just a handful of days before they come in, meaning the state doesn’t even know until approximately Thursday what dosage availability it will have for the following week.

To prepare for that, and for what Green expects is the inevitable increase in vaccine availability over the next few weeks, Hawai‘i is expanding vaccination sites beginning the week of Jan. 18.

A multi-option system for learning about vaccine availability for members of particular age groups, as well as registering to receive the vaccine, has been/is being implemented. An online portal at Hawaiicovid19.com has been set up with tabs like “Vaccine” to make information and registration easily available. A phoneline, 808-586-8332, will be operational Monday through Friday from 7:45 a.m. to 4:30 p.m. for those who want to call with questions.

The elderly living in long-term or assisted care centers will not have to proactively seek out vaccinations, as healthcare professionals will provide direct service. As for kupuna living independently, Green said campaigns to reach out will take place, while the state will also rely on family and friends of those eligible and interested to help inform the relevant populations.

People over 75 years of age will be able to register for the vaccine as early as next week via the online portal, Char added. Independent healthcare providers can also currently go online to the site linked above, click on “Clinician Resources” in the orange tab, fill out a survey, and schedule themselves and their staffs for vaccination.

Hawai‘i has received nearly 83,000 vaccines to-date, including 17,000 on Monday, many of which are in reserve for second doses of those who received their shots three weeks ago when the program began. Those individuals who received the Pfizer shot are advised to wait three weeks between doses, while those who got the Moderna vaccine are told to wait four weeks.

Experts have advised people adhere stringently to these schedules for maximum effectiveness, which is in the 95% range for both vaccines based on studies. Green explained that while the science says getting the second dose a little too early or a little too late would still likely result in immunity, the best chance to stay safe is to remain true to the outlined vaccination schedules.

The lieutenant governor added that around 55% of the state’s 1.4 million population expressed interest in receiving the vaccination immediately, with 25% saying they were open to being convinced. Char noted that herd immunity is generally considered achieved somewhere between 75% and 80% of a population either being vaccinated or exposed to and recovered from a disease, depending on how transmissible the illness proves to be.

A new variant of COVID-19 considered more contagious has been found in other countries and identified in states across the mainland US. Char said it has not been detected yet in the islands.

“We expect at some point we may see it here,” she said. “That is why it is so critical we continue to wear our masks and keep our distances.”

Some vaccine waste is expected, as not everyone who schedules an appointment shows up and the vaccine can’t be re-frozen. However, each vial is advertised to come with approximately five doses, and Green said often there is more left in the vial after five have been administered.

The first few weeks of the vaccination program have acted as a trial run for the state to hone its process before expanding, and Green said due to the excess vaccine in individual vials, the state is probably above the level of doses reported delivered despite minor waste here and there.

He added that the process allowed for 1,200 vaccinations over the previous two days from just one site with limited wait times. Green expressed optimism that the state would be able to dole out as many as 10,000 vaccines per day in the future, should the supply be available.

As for vaccine and travel, Governor Ige explained that even those who are vaccinated will have to follow the requirements of the Safe Travels Program until federal guidelines change. The concern is whether or not a vaccinated person can still be a carrier and spread the virus without becoming ill from it themselves.

Those in Hawai‘i are also reminded that just because the state’s numbers are the lowest in the nation, that doesn’t absolve its residents of risk.