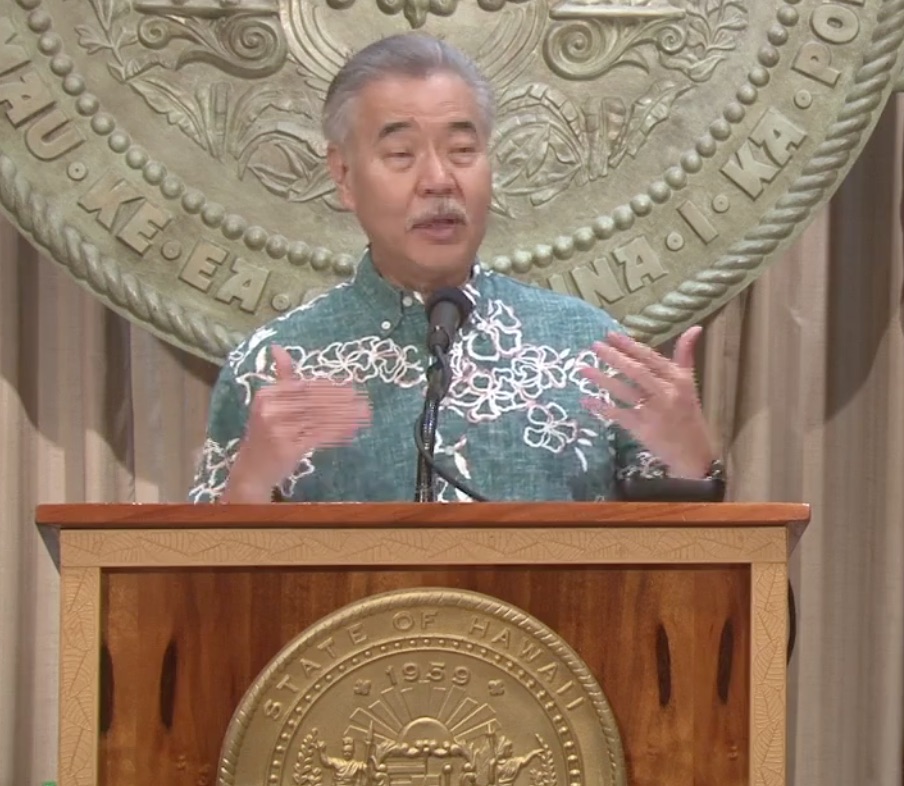 The state of Hawai‘i will operate on a significantly slimmer budget over the next two fiscal years at least, though Governor David Ige expressed hope Monday that a pending COVID-19 relief package making its way out of Washington DC will allow for fewer employee furloughs, or potentially the postponement of any layoffs until July.

Ige on Monday released his proposed Fiscal Biennium Budget 2021-23. The proposal, which is subject to change following the passage of an approximately $900 billion aid package by Congress Monday night, includes reductions in both the operating and capital improvements program (CIP) budgets over the next two fiscal years. The state is anticipating a $1.4 billion shortfall each year of the two-year period.

“This budget represents sudden, sharp reductions to revenues because of the pandemic’s impact on the state’s economy and the tax revenue that funds government services and programs,” Ige said. “I’m hopeful that federal aid will allow us to refrain from imposing furloughs until later.”

More money could potentially be saved, as Ige noted more than $380 million in the current budget proposal to protect increased coronavirus testing, the continuation of contact tracing programs, COVID-19 vaccine distribution and cold storage, the maintenance and creation of necessary isolation facilities, hospital surge staffing, and the continuation of the state’s Safe Travels Program.

Changes to the proposal will be made once it becomes clear precisely how much federal aid is on its way to Hawai‘i and what stipulations will be included as to how that money may be spent. The bill does not include direct aid to the counties, which means less relief overall.

Ige said tax increases may also be a part of the overall financial plan for the state, though those won’t be announced until the Legislative sessions begins next month.

Education (Dept. of Education and University of Hawaiʻi)

Gov. Ige again noted that he’s hopeful that the federal relief bill will render some of the planned cuts and furloughs unnecessary.

“I have made education a priority because our public schools provide a path to prosperity and success for our students. However, I am unable to leave these programs untouched without decimating the rest of state government, especially when many of our health and social service programs are needed now more than ever. To fund programs that assist citizens in need of food, shelter and jobs, and to ensure public safety, the education budget must be trimmed,” said Gov. Ige.

The Dept. of Education is 21% of the of the FY 21 general fund budget, the second largest behind Budget and Finance, which includes fringe benefits and debt service for the state.

The Capital Improvements Program Budget represents the investments the state will make in high-quality infrastructure projects that are essential to the economic vitality and quality of life in Hawaiʻi.

“Before the pandemic, affordable housing was one of our greatest needs. The need is even greater now,” said Gov. Ige.

The Ige administration has already taken the following measures to address the $1.4 billion revenue shortfall: