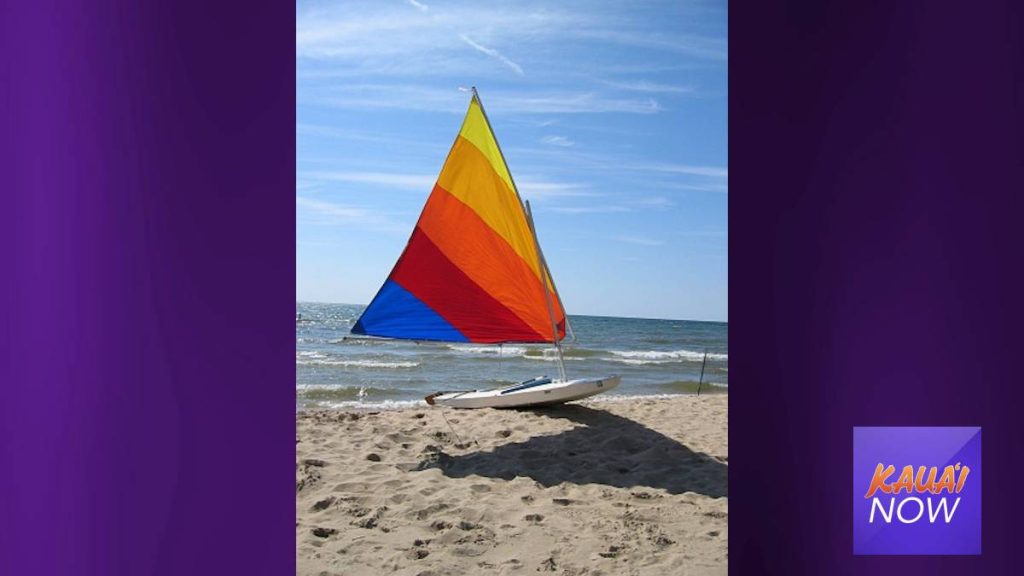 A Kaua‘i resident has turned to neighbors in search of a sailboat that has been missing from Hanalei Bay since August.

Chad Deal put a callout on the Kaua‘i Community Facebook page on Nov. 11 asking if anyone has seen his landlord’s 12-foot Sunfish sailboat missing from an area known as the cape. He’d searched the entire beach and checked with canoe clubs in Hanalei, and has now turned to the coconut wireless for help.

Deal learned the Department of Land and Natural Resources’ Division of Boating and Ocean Recreation posted several notices on vessels in Hanalei Bay for removal in August. DOBOR confirmed three dozen boats around Hanalei Bay on state land, from the pier, to the cape, to Waipā received notices.

Along with Deal’s boat, at least one other resident claimed on the Facebook post that their boats were also missing. Deal thinks their vessels were moved, but no one seems to know where.

“I heard a group of people got together and moved the boats,” Deal said. “I’m thinking it’s in a boatyard somewhere.”

The notices were posted after DOBOR received several inquires from local community leaders and residents expressing displeasure that the state was allowing the storage of the vessels to be litter state land around Hanalei Bay, DLNR spokesman Dan Dennison wrote in an email to Big Island Now. As a result, efforts were made to clean up the land in the area.

All vessels, including dinghies, etc., were posted with Notices to Remove. An estimated 90% of these vessels, Dennison stated, were removed by their owners.

“No identifiable vessels were impounded or removed,” Dennison wrote.

Deal did file a police report on Oct. 1 and he reached out to DOBOR, but no one has been able to give him an answer as to where the sailboat might be located.

Dennison confirmed the DOBOR Kaua‘i District Office fielded three inquires regarding boats moved from Hanalei Bay. The owners eventually discovered their boats had been removed/moved by a friend to avoid getting impounded.