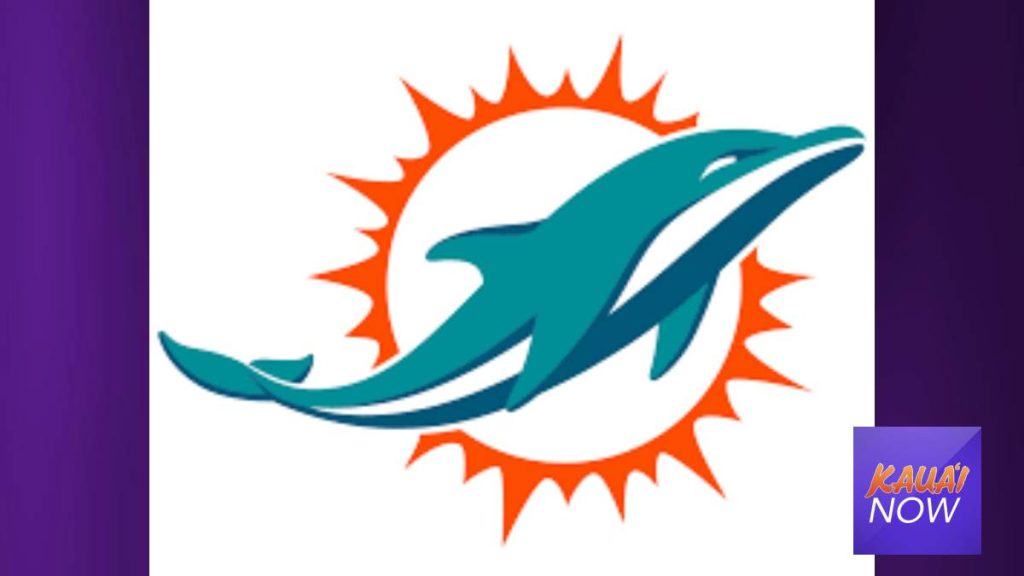 Tua Tagovailoa is undefeated as a starting quarterback in the National Football League.

Tagovailoa, out of the University of Alabama by way of Hawai‘i high school football, won his first start as a professional QB on Sunday, leading the Miami Dolphins past the Los Angeles Rams by a score of 28-17.

Dolphin Head Coach Brian Flores eased Tagovailoa into his initial NFL experience, calling up just 22 passes for the rookie. Tua completed 12 of those 22 pass attempts for a total of 95 yards and his first NFL touchdown to DeVante Parker.

The victory ended up a relatively comfortable experience for Tagovailoa, as Miami’s defense suffocated QB Jared Goff and the Rams offense all day, forcing four turnovers. However, it was a bumpy beginning for Tagovailoa, who was strip-sacked by all-pro defensive lineman Aaron Donald on his first dropback of the game.

That would be Tua’s only turnover of a game he effectively managed, especially after taking a 28-10 lead into the locker room halftime.

“We won the game. It’s a team football game,” Flores said. “It’s not a one-man show. (Tua) made enough plays for us to win the ballgame.”

“It’s his first NFL game against a real good defense,” the Miami head coach continued. “You got to take that into account as well. But the rest of the team picked him up, and we got the W.”

Tagovailoa is now 1-0 after taking over for career journeyman Ryan Fitzpatrick, 37, who led the Dolphins to a 3-3 record into the team’s bye week, at which point Tua was named the starter moving forward.

Now with a record of 4-3, the Dolphins are solidly in second place in the AFC East Division, 1.5 games back of the division leader Buffalo Bills and very much alive for a division title.

With Sunday’s victory, the Dolphins are also in the thick of the race for one of three AFC Wildcard playoff spots roughly halfway through the 2020-21 season.