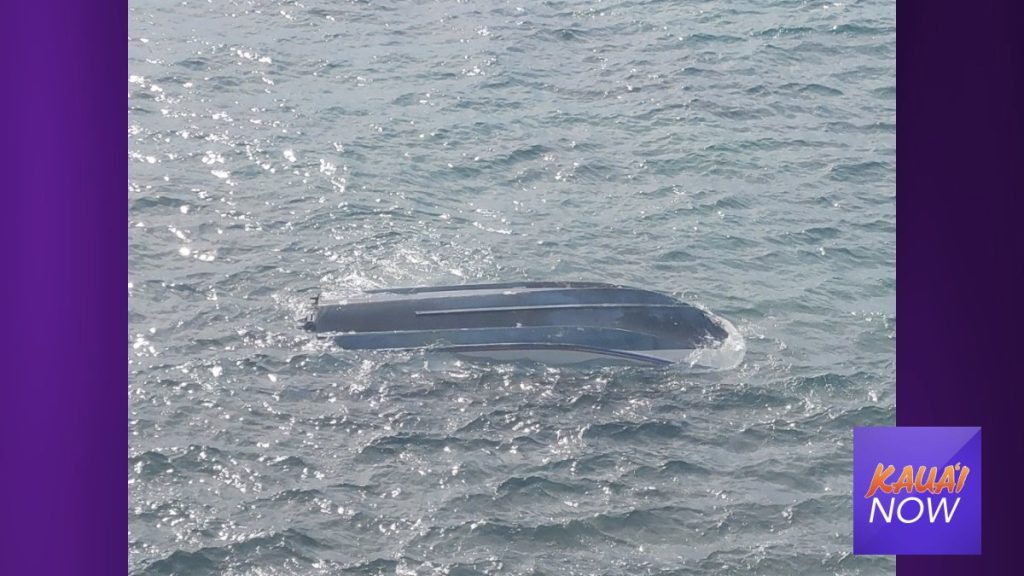 The US Coast Guard and Ocean Safety crews rescued three mariners from an overturned vessel off the south of O‘ahu, Friday.

Sector Honolulu watchstanders received a call at 2 p.m. from a 13-year-old girl reporting her 60-year-old uncle and 84-year-old grandfather’s 13-foot Boston Whaler had overturned approximately a half mile south of the Honolulu Airport reef runway.

“Even the most seasoned mariner can find themselves in trouble when out in the ocean,” said Petty Officer 1st Class James Shaw, a Sector Honolulu watchstander. “The decisive action displayed by the 13-year-old heroine saved her and her family.”

The Dolphin crew arrived on scene and hoisted the grandfather while a Jet Ski crew recovered the 13 year-old and her uncle.

The weather on scene was winds of 5 mph and seas up to 3 feet.