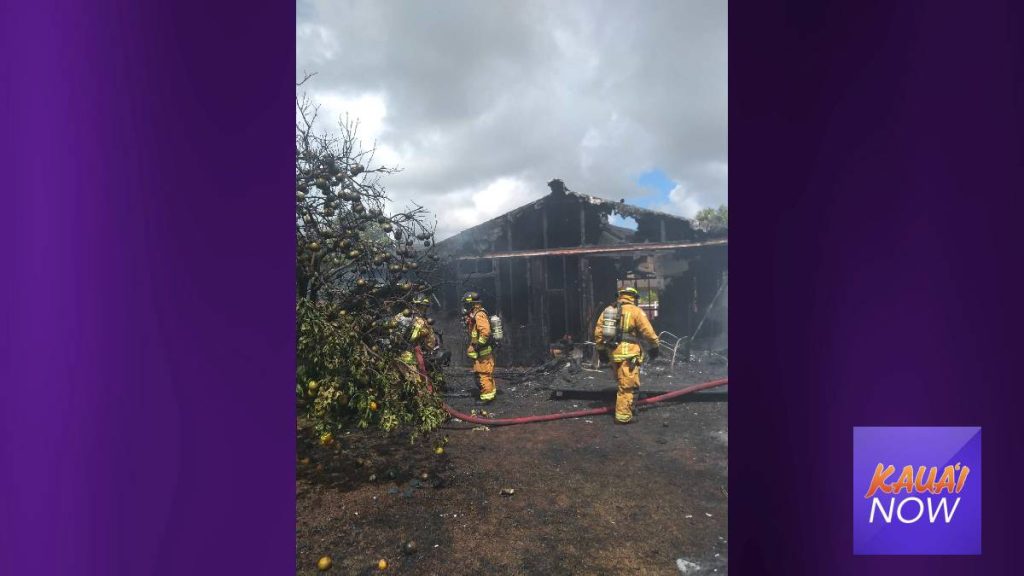 A structure fire that broke out in Kapa‘a on Sunday and left one person displaced. No injuries were reported.

At approximately 11:40 a.m., firefighters from the Kaiākea, Kapa‘a, and Līhu‘e fire stations were dispatched to Kumole Street in Kapa‘a, after receiving reports of a house on fire. Firefighters arrived on scene shortly after and found a single-story residence fully engulfed in flames.

The fire was brought under control shortly before noon, and fully extinguished a few minutes later. Crews cleared the scene at approximately 1:30 p.m.

Prior to units arriving on scene, the sole individual occupying the home was able to exit safely without injuries.

The on-duty battalion chief and firefighters from the Fire Prevention Bureau also responded to the incident.

Fire inspectors estimate the damage to the structure and its contents to be roughly $225,000.

The cause of the fire remains under investigation and no further information is available at this time.