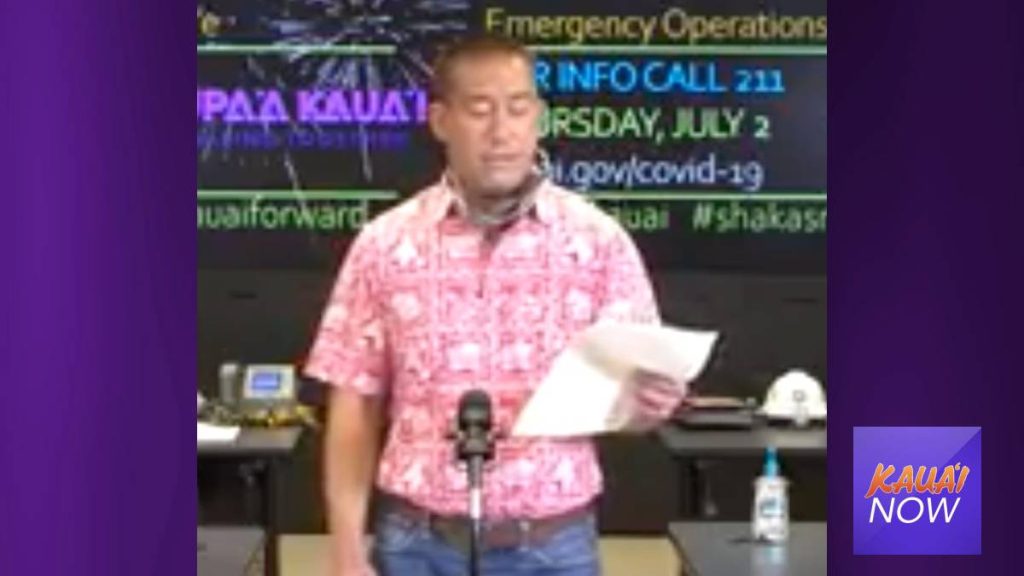 The state’s pre-travel testing program is slated to launch on Oct 15. It requires trans-pacific travelers to submit a nucleic acid amplification test, or NAAT, test 72 hours prior to their arrival in the state.

“We are concerned this single pre-travel test will not provide enough protection for our community, which has enjoyed several months of low to no active cases,” Mayor Derek S.K. Kawakami said during a COVID-19 briefing on Friday.

Ige rejected Kawakami’s initial request to require a post-travel testing program for visitors and returning residents. As a result, the mayor submitted Rule 19, which creates a four-tiered system based on the COVID-19 infection rate on Kaua‘i.

Currently Kaua‘i is in tier four, which is the least restrictive tier. At tier four, the county will opt into the state’s pre-travel testing program. Tier four, Kawakami explained, means the county is holding less than two coronavirus cases over daily seven-day average.

Tier two would automatically opt the county out of the state’s program and continue the 14-day quarantine as conditions at that point will have reached five to eight cases daily in a seven-day average.

“While we maintain our position that pre- and post-arrival testing is the safest option, and we will continue to work toward achieving that — we are confident that our proposed Rule 19 provides a clear path forward,” Kawakami stated.

The county is also working on its own campaign that would encourage visitors and returning residents to voluntarily take a test three days after arrival.

“We do have limited public health and hospital capacity and we must do everything we can to ensure we don’t exceed that capacity,” she said. “The tiered system establishes a rational basis for changing our response as disease rates increase.”

The case count on Kaua‘i has been 59 for several weeks. There are currently no active infections or anyone in quarantine. Berreman said nearly all business are able to stay open as long as the case count is one or two cases per day.

If daily case counts get higher, Berreman explained, the county would implement gathering size limits and other restrictions in a proportional response.

“Meanwhile the layered approach of prevention, detection, containment and treatment remains important,” she added. “The measures in this tiered system mostly focus on prevention.”