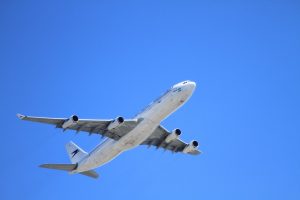 State officials Wednesday announced that Hawai‘i’s pre-travel coronavirus testing program will move ahead as scheduled, with one considerable addition.

Lt. Governor Josh Green announced a plan to create a post-arrival surveillance testing program that will attempt to test 10% of visitors each day to paint a clear picture of how effective the pre-travel tests are at weeding out positive COVID cases.

The expected number of those tested daily as part of the surveillance program is in the hundreds (with overall arrivals expected to register in the thousands at first), as tourism is expected to ramp up slowly, with airlines adding routes beginning in November and hotels gradually reopening through December. Each participant in the surveillance program would be tested four days after their arrival in Hawai‘i.

The benefits of the program are that it could provide a statistically significant data set the government could use to adjust travel policy and make the prospect of the return of tourism safer.

One of the major potential pitfalls of the program is that those people who test positive as part of second-wave surveillance testing won’t be subject to quarantine if they return a positive result. Neither will participants be made aware of their test results unless they explicitly ask for them, under the current configuration of the plan.

“If we do it as a study, which is a scientifically-based approach, randomized and blind, it will just become data for the department of health. This will not be meant to weed out additional people and then put them into quarantine,” Green said. “I do believe it’s going to be a very small number (of positive test results), and we will be able to allow people to opt in to get their data.”

Details are not set in stone, and may still be changed before they’re finalized, he added.

“I believe it’s going to be a very small number of people who test positive, but if it is a larger number then we would have to obviously revisit a lot of the details because the first and foremost priority is to be safe and not bring a lot of COVID into Hawai‘i,” Green continued.

Numbers have varied wildly with small data samples as scientists try to grapple with the question of how safe long-distance travel really is while the coronavirus remains a pandemic-level threat. Some data has pointed to virus identification rates of around 80%, while other studies have produced numbers as low as 20% detection rates.

Other details also need to be hammered out, such as who will actually be tested under the surveillance program. The proposal on the table makes the tests voluntary, meaning less than 10% of arrivals may willing to undergo an invasive COVID nasal swab four days after touching down and a week after enduring the same process just prior to a protracted flight process.

Scientific data, which is the primary value Green sees in post-arrival surveillance testing, could be compromised if a random, diverse enough sample of the incoming demographics can’t be achieved through a voluntary selection process.

“I do envision it’ll be easier to get our returning residents to take the test, because it’s a free test four days after they return home,” Green said. “This is really just an insurance policy to make sure that lots of folks haven’t gotten sick en route. We don’t believe that’s a big risk, but it’s a question on people’s minds.”

Political opinion is fractured on the second-test question at the county and state levels. Hawai‘i and Kaua‘i County mayors consider an actionable second test with quarantine implications a necessity. Green believes the first test will prove more effective than those counties are guessing and sees the value of surveillance testing as a data source around which to build policy.

Green said current infection rates and hospital conditions in Hawai‘i make mid-October a favorable time to welcome back travelers. There were 109 people hospitalized as of Wednesday, a 65% decrease from Hawai‘i’s peak. A total of 2,309 cases are active statewide, with an average of 93 new cases identified daily over the last week, which Green described as a significant improvement.

Furthermore, tests will be of the NAAT, rapid-turnaround variety and must be administered via one of the state’s “trusted partners,” as they were described by officials Wednesday. These include several airlines, along with companies like CVS, Walgreens, and Kaiser Permanente. The purpose is to guarantee testing quality and accuracy, Green said.

Still, not everyone is satisfied with a one-test system that attempts, but can’t guarantee, the assurance of a randomized 10% sample of travelers tested four days post-arrival for scientific purposes only — people who won’t be quarantined if they do test positive for COVID on the second attempt and will only know their test results if they ask for them.

The governor admitted to pre-travel testing being an ongoing, learning process — its nature both providing the flexibility to adapt and the danger of the unknown.

“There are thousands of moving parts and things are continuously changing each and every day,” Ige said. “Our job is to keep things moving in a positive direction.”