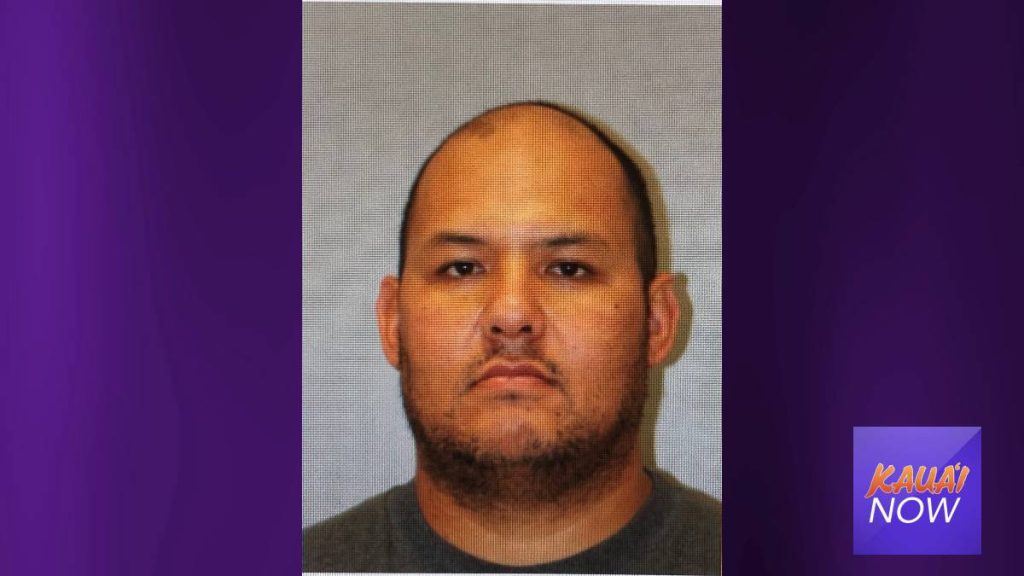 A Kaua‘i Police Department (KPD) officer was arrested Wednesday afternoon for disorderly conduct and criminal property damage while off duty.

The arrest stems from an incident that occurred on Oct. 3 at approximately 11 p.m. According to police, someone triggered a fire pull station alarm at a resort in LĪhuʽe.

Upon reviewing video surveillance footage, hotel employees were able to determine that it was a false alarm and that 38-year-old Officer Tyrus Contrades of Hanāʽmaulu was responsible for triggering the alarm.

On Oct. 4, at approximately 1 a.m., a call from a residence in Hanāʽmaulu was received by KPD Dispatch requesting medical assistance for an adult male who was injured and bleeding from his hand.

It was later determined that the adult male was Contrades.

Upon arrival to the residence, police also discovered that a parked and unoccupied marked Kauaʽi Police vehicle, assigned to Contrades, was damaged.

Police arrested Contrades without incident. He was released on bail for a disorderly conduct violation, and he was also released pending investigation regarding criminal property damage.

Contrades has been with the Kaua‘i Police Department for approximately 11 years and serves as a police officer in the Patrol Services Bureau. He is currently on administrative leave with pay.