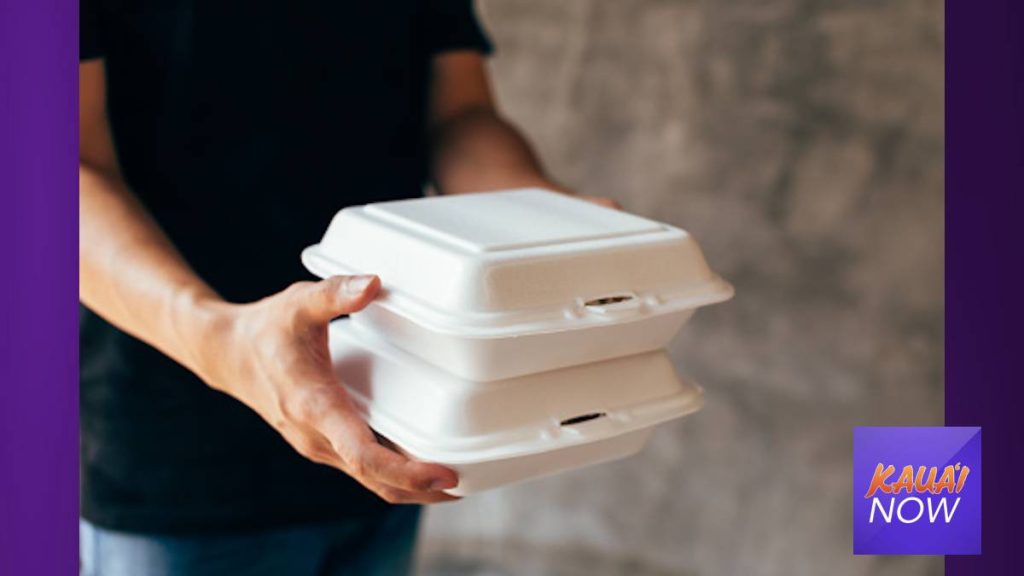 Kaua‘i County joins the rest of the Hawai‘i’s counties in banning the use of Styrofoam food service containers.

The bill to restrict the use of the sale polystyrene foam was introduced by Kaua‘i County council members Mason Chock and KipuKai Kuali‘i. The measure passed after a 4-2 vote at Council chambers last week. On Sept. 15, Mayor Derek S.K. Kawakami signed the bill into law.

“Mahalo to the Kaua‘i County Council for passing this bill that will help to lessen the impact of waste on our island – both on land and in the ocean,” Kawakami said. “Restricting these types of containers will further public health and encourage the use of environmentally-safe products.”

The Bill calls for restaurants, grocery stores, food trucks, and other food providers to stop using Styrofoam food containers and other foodware, such as coffee cups, by Jan. 1, 2022.

Surfrider Foundation Kaua‘i Chapter was excited about the passage of the bill. According to a press release from the nonprofit organization, Hawai‘i is now the fifth polystyrene free food container state, along with Maine, Maryland, New York and Vermont. Hawai‘i is the only state to pass the ban at all of the individual county levels.

“Styrofoam is non-biodegradable. A Styrofoam cup that blows into the ocean today will not break down in our lifetime, or the lifetimes of our children, grandchildren and great grandchildren” says Dr. Carl Berg, Ph.D. who serves as Surfrider Kaua‘i’s ecologist. “In the meantime it litters our shores and poisons our oceans, so we are grateful to the County Council for passing this Bill,” he added.

According to the nonprofit, the bill was originally slated to go into effect on Jan. 1, 2021. The Council, however, concerned about the challenges restaurants may be facing due to COVID-19, delayed the date by one year to give extra time for compliance.

“We respect and appreciate the Council’s desire to help our island’s restaurants and grocery stores,” said Ruta Jordans, Surfrider Kaua‘i’s Ocean Friendly Restaurants (OFR) program coordinator. “We hope, however, that most food providers on island understand the toxic effects of polystyrene on our children and ocean, and will choose to comply sooner.