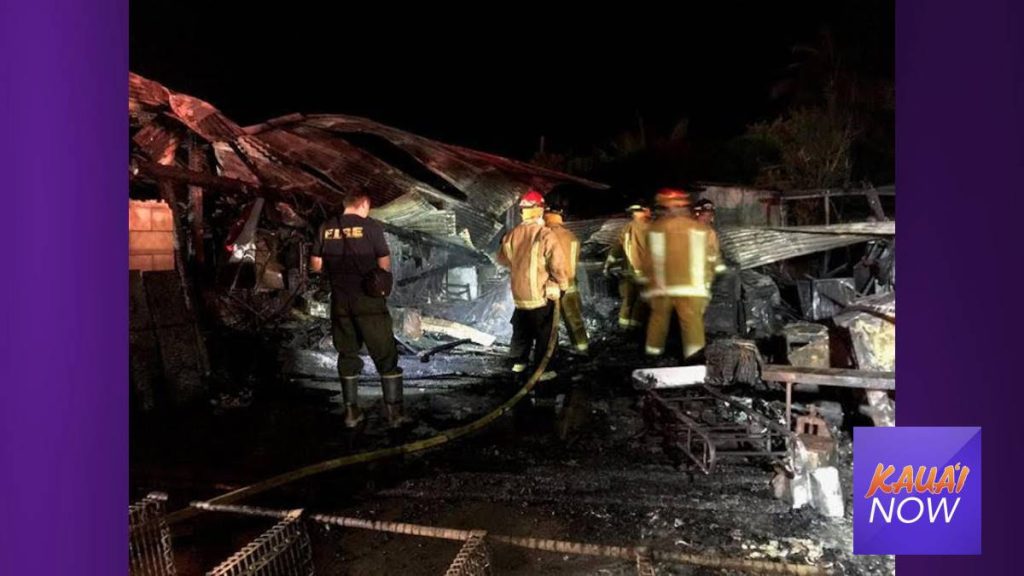 No Injuries were reported. However, volunteers with the America Red Cross assisted the displaced individuals.

Kaua‘i Fire Department responded to a report of a structure fire to a one-story dwelling in Waimea on Alawai Road at approximately 2:20 a.m. on Saturday. When crews arrived on firefighters discovered the dwelling fully engulfed in flames. The occupants of the residence were home at the time.

Damages are estimated at $400,000. The cause of the fire remains under investigation.