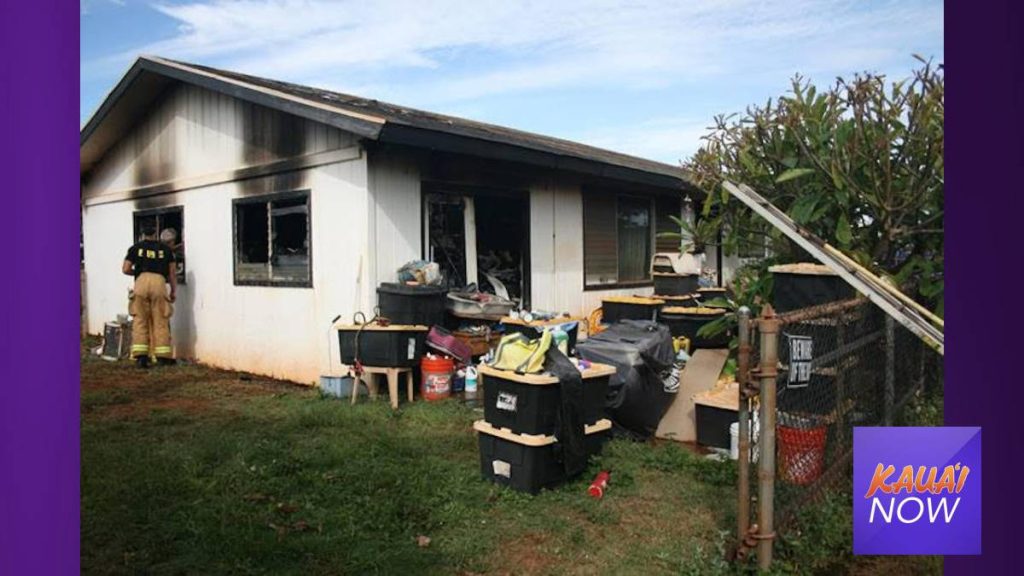 Kaua‘i Fire Department was dispatched to the blaze on Ho‘omau Street at approximately 7:40 a.m. When they arrived on scene, crews discovered smoke exiting from the windows of the home. Firefighters also witnessed the owners of the residence and Good Samaritans using garden hoses in an attempt to extinguish the fire.

Once the flames were knocked down, a fan was used to remove the smoke from the structure. The fire was confined to the room of origin, which was located on first floor.

Crews cleared the scene at approximately 9:50 a.m. Fire inspectors estimate the damage to the structure and its contents to be roughly $150,000. Two residents of the home were displaced, however, officials say they declined assistance from the American Red Cross.

No injuries were reported and the cause of the fire remains under investigation.

Firefighters from the Kalāheo, Hanapēpē, and Waimea fire stations; Rescue 3; the on-duty Battalion Chief; and the Prevention Bureau responded to the incident.