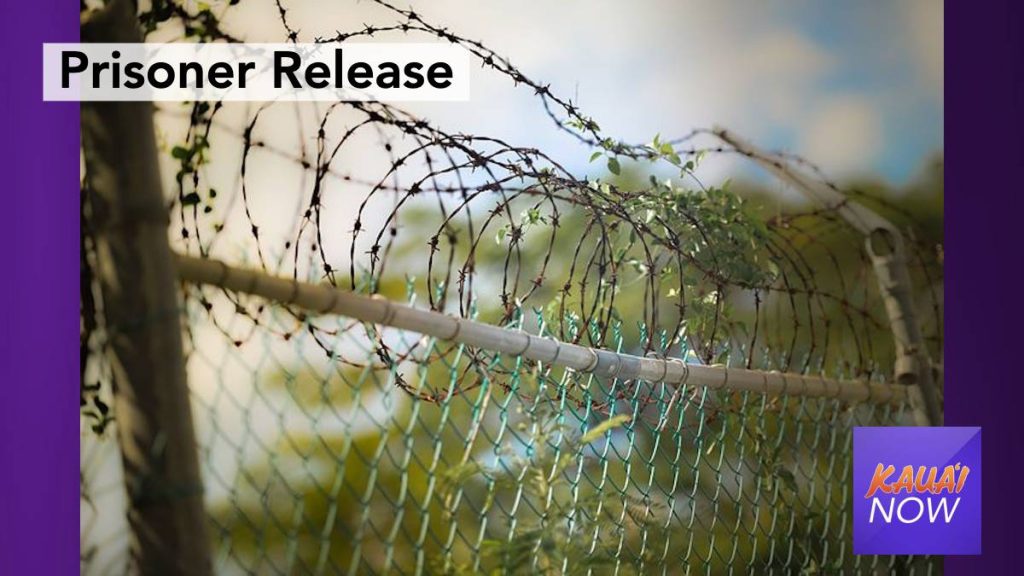 Ten inmates from Kaua‘i Community Correctional Center were released as part of a Hawai‘i Supreme Court (HSC) order issued to avoid a COVID-19 outbreak in the facility.

“There are constantly people moving in and out of the jail,” Kollar explained. “That is what makes it so important to allow for proper social distancing and hygiene inside the facility.”

KCCC has a design capacity of 110. As of Aug. 17, The Public Safety Department (PSD) reports there were 140 inmates, 44 of which are pretrial felony offenders.

HSC filed its order on Aug. 24 mandating all pretrial petty misdemeanor and misdemeanor prisoners be released from facilities statewide in an effort to avoid an outbreak of COVID-19 after a cluster was identified at O‘ahu Community Correctional Center earlier this month. As of Aug. 27, PSD reported 253 OCCC inmates and 53 staff had been diagnosed with the virus.

The order also required PSD to provide a list of felony inmates to the prosecutor’s office and the Office of the Public Defender to determine who might also be eligible for release.

Kollar submitted memos of against the release for four inmates. He said there’s no way to know how many felony inmates will be released at this point.

“The Judges will consider the circumstances of each case, as well as our objections, and make a decision,” the county prosecutor stated.

The HSC’s order was filed in response to the State Office of the Public Defender’s petition to release certain non-violent inmates from all state facilities. In response to that petition, Kollar said, current outbreaks of COVID-19 in multiple facilities operated by PSD pose an imminent threat to the public health and safety of all the people of Hawai‘i including incarcerated people, the people who work in PSD facilities, and the community-at-large.

“The situation demands an immediate and comprehensive response requiring this Court to impose extraordinary but appropriate remedies,” Kollar stated in his response on Aug. 17.

Kollar supports the release of inmates for those who are eligible. In his response, he stated that protecting the the public safety requires minimizing the further spread of infection not only inside the facility but also from the facility into the outside community.

“We respectfully submit that the goal should ultimately be to reduce the population in each facility to below the design capacity of that facility and then to maintain that capacity until such time as the Governor’s emergency proclamations are lifted,” he added.

The trial courts are discouraged from imposing intermittent sentences while Ige’s Emergency Proclamations remain in effect. Those not eligible for release under HSC’s recent order include: felony offenses undergoing a mental health evaluation, including sexual assault; and violation of interstate or neighbor-island quarantine travel mandates.

Information on who is currently incarcerated at KCCC can be found through Hawai‘i Statewide Automated Victim Information and Notification (SAVIN). VINELink is an online portal to VINE that provides information regarding custody status changes of inmates and criminal case information. Click here for more information.

The Aug. 24 HSC order requires the inmates released appear in 5th Circuit Court on the date and time as ordered by the presiding judge.