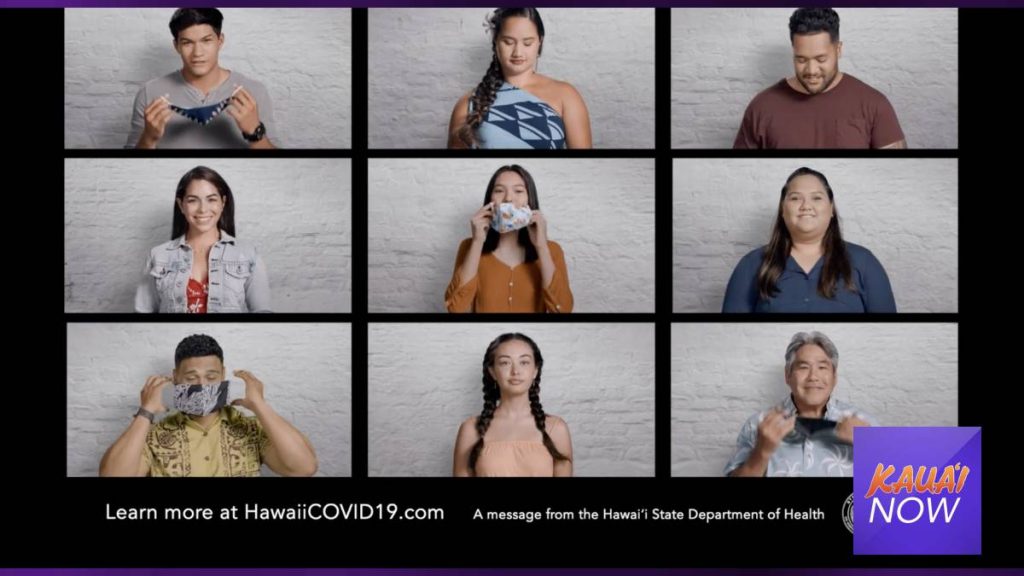 The Hawai‘i Department of Health (DOH) launched the first phase of a new statewide educational campaign today as part of a comprehensive, multi-pronged solution to address the sustained number of COVID-19 cases in Hawai‘i.

The “Not Taking Chances” campaign, developed with research, creative and production support from Anthology Marketing Group, aims to change social norms by modeling attitudes and behaviors to underscore the importance of wearing facial masks and avoiding groups and social gatherings.

“Prevention is key to bringing the number of cases down,” said Health Director Bruce Anderson, noting that disease investigation, contact tracing, testing and other aspects of the pandemic response are also key priorities.

Since most of the positive cases have been on O‘ahu, Anderson noted: “We believe our efforts dovetail with the City and County of Honolulu’s ‘One O‘ahu’ campaign that is already underway and will create a powerful, cumulative effect throughout the island.”

“Research has shown that the majority of Hawai‘i residents know what to do, but aren’t adhering to the guidance,” he said. “Social norm campaigns have proven to be effective in changing health behaviors relating to drunk driving, substance use, smoking, and wearing seat belts and we believe this will be another important way to lower the number of cases in Hawai‘i.”

“Research-based messages are the most effective at reaching pockets of the population such as young adults, Pacific Islanders, and those who work in service industries,” said DOH Communications Director Janice Okubo. “Research on awareness, behaviors, and perceptions is the basis for effective public health communication and is the nationally accepted standard for all health education and outreach efforts.”

The $250,000 Anthology contract includes the development, research, and evaluation of phases one and two of the “Not Taking Chances” campaign including creative and production support for television, radio and digital placements, surveys, focus groups, and interviews.