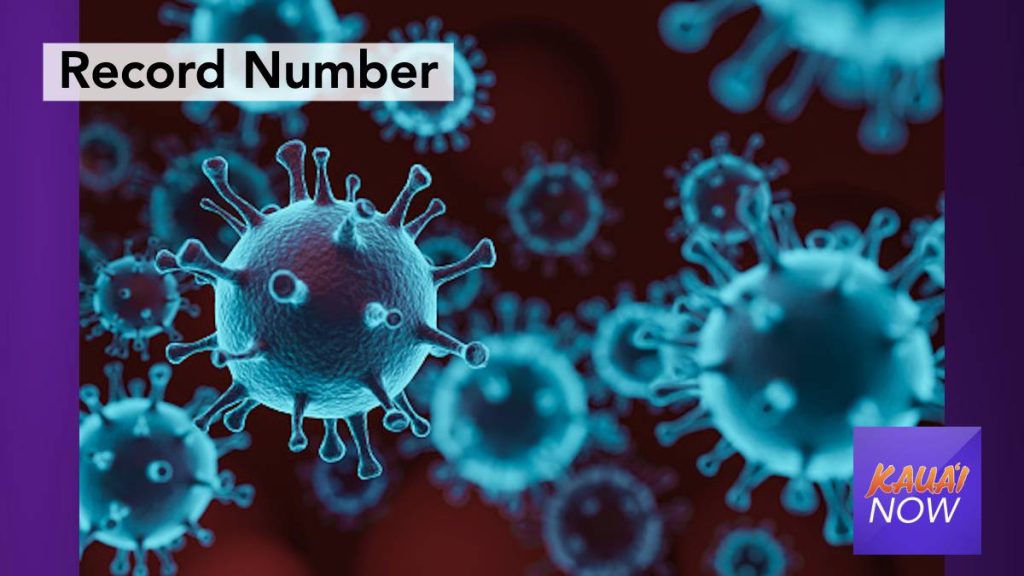 The Hawai‘i Department of Health reported 207 new cases of coronavirus Monday, following a weekend of delayed testing that inflated the record daily-total.

Health officials said that approximately 114 of the new cases can be contributed to private clinical laboratory reporting issues experienced over the weekend when the state reported 87 cases Saturday and identified 45 on Sunday.

Last week saw day-after-day of new record numbers, with most of the new infections being diagnosed in Honolulu. Monday, 198 of the 207 cases are from O‘ahu, with seven on Maui and two on Hawai‘i Island.

“It’s becoming increasingly more difficult to detail all of the situations in which people are becoming infected with coronavirus,” said Health Director Bruce Anderson. “It runs the whole gamut of hanging out with close friends, socializing in bars, attending religious events and funerals, and many other types other social gatherings.”

“This virus does not discriminate on who it infects and the only way to prevent its spread is to limit exposure to others by using face coverings, physical distancing and avoiding gatherings and crowded places,” Anderson continued. “Unfortunately, Hawai‘i is experiencing spikes in cases similar to many mainland states, and in most cases, we can track new infections back to those who have let down their guard. Everyone needs to take this very seriously.”

Many beaches on O‘ahu were as crowded as they were before the COVID outbreak, the state said in a press release. On Maui, Little Beach in Makena State Park was less crowded than normal. This was likely the result of social media postings that suggested law enforcement would be on scene to break up so-called drum circles, the state continued.

Health investigations have traced at least one case in a person who recently attended a drum circle. With an estimated 100 people on the beach for sunset at Makena and the rising of the full moon, there were no masks in evidence and there appeared to be little, if any, physical distancing between groups of people. The scene was repeated on beaches and in parks across the state, the state said.

The DLNR Division of Conservation and Resources Enforcement (DOCARE) reports receiving numerous complaints over the weekend of people, particularly in state parks, not abiding by state and county emergency rules. This includes multiple complaints about people on small boats not following the required rules.

“As long as individuals in our communities fail to accept personal responsibility for the spread of COVID-19, we are unfortunately going to see continued days of triple-digit numbers,” said Anderson. “This already has resulted in the renewal of restrictions on large social gatherings and other conditions and is likely going to lead to additional ones.”

“We are once again, as we have from the beginning of this crisis, asking every resident of Hawai‘i to take this threat with the utmost seriousness,” he continued. “Life, as we knew it pre-COVID-19, cannot return to normal until we again flatten the infection curve. It takes everyone doing their part by following the simple and now-common steps: wear your mask, physically distance, wash your hands frequently and, perhaps most important, stay home if sick. With everyone’s kōkua, we can get back to where we were and enjoy all the good things life in Hawai‘i has to offer.”