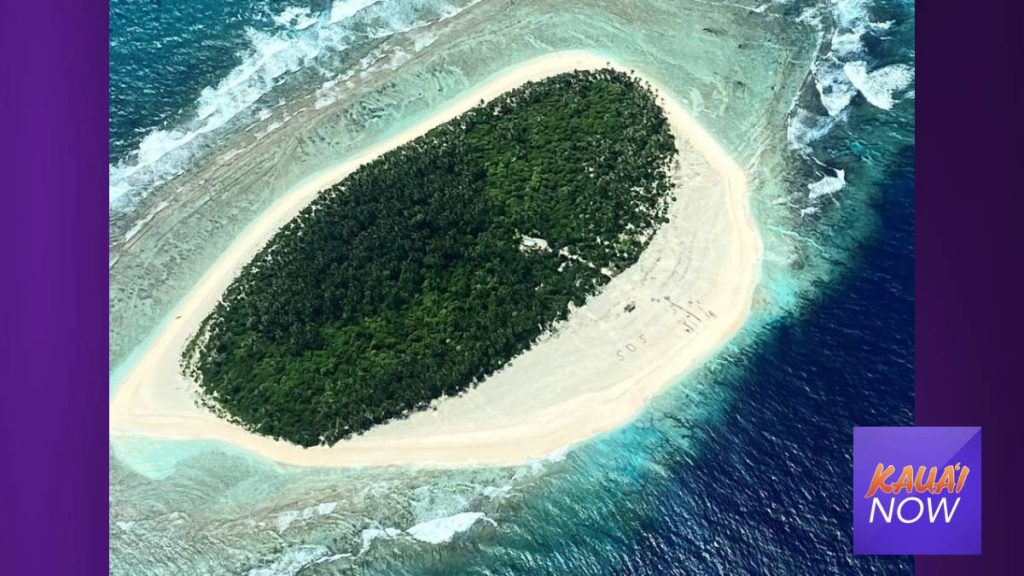 The crew of the FSS Independence rescued the mariners, missing since July 29, and is transporting them back to their home on Pulap, Chuuk. There are no reports of injuries.

The cause of the stranding is unknown at this time.

“Partnerships,” said Capt. Christopher Chase, commander, Coast Guard Sector Guam. “This is what made this search and rescue case successful. Through coordination with multiple response organizations, we were able to save three members of our community and bring them back home to their families.”

Rescue personnel received word of the missing mariners at 12:38 a.m. on July 31. The Joint Rescue Sub-Center Guam (JRSC) watchstanders were informed by a local resident that a 23-foot white and blue skiff with three mariners aboard was overdue while transiting from Puluwat Atoll to Pulap Island, Chuuk a 21-mile voyage, on July 29.

JRSC Guam watchstanders spoke with the Chuuk State Search and Rescue Liaison and confirmed the report while also contacting the Commander of the FSM National Police Maritime Wing.

The Royal Australian Navy ship HMAS Canberra (L02) was also in the region and agreed to divert and provide search sorties with embarked helicopters while the FSS Independence departed from Yap to assist.

At 3:09 p.m. Aug. 1, one of the Air Force KC-135 crews were completing the final leg of their search pattern for the day when they located the stranded mariners on Pikelot Island.

“We were toward the end of our search pattern, we turned to avoid some rain showers and that’s when we looked down and saw an island, so we decide to check it out and that’s when we saw S.O.S and a boat right next to it on the beach,” said Lt. Col. Jason Palmeira-Yen, the KC-135 pilot. “From there we called in HMAS Canberra because they had two helicopters nearby that could assist and land on the island.”

After discussions between the responding partners, it was decided the safest course of action for both the response agencies’ crews and the mariners was to limit exposure to one another due to the COVID-19 Pandemic.

A helicopter crew from HMAS Canberra delivered supplies to the stranded mariners while the Coast Guard Hercules crew airdropped a radio and message block informing them the FSS Independence was en-route to rescue and return them home.

At midnight on Aug. 3, the Independence arrived on scene, launched a small boat crew and rescued the mariners.

“This case highlights the importance of having a plan and making sure your family knows when you are expected to return,” Chase stated. “Timely activation of the Search and Rescue System by the mariners’ families allowed us to quickly respond with surface and aviation resources. We greatly appreciate the support of the Air Force, Royal Australian Navy, and FSM.”